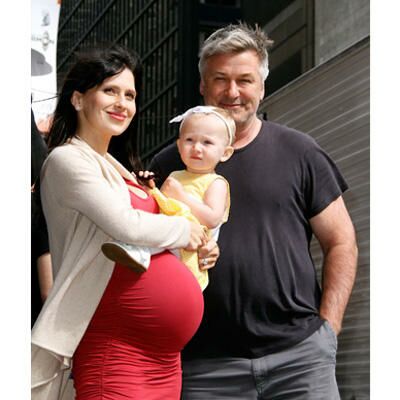 It's a boy for Hilaria and Alec Baldwin!

Hilaria revealed the exciting news in an Instagram post this morning, welcoming the arrival of their second child, Rafael Thomas Baldwin. We've been following Hilaria's much-documented pregnancy on Instagram ever since she revealed in a beachside New Year's Day baby announcement they were expecting again. The Baldwin's latest addition joins big sister Carmen, 21 months.

We couldn't get enough of cuddly little Carmen in Hilaria's Bump it Forward video, in which the yoga instructor recommended — you guessed it — prenatal yoga to maintain a healthy pregnancy.

“My pregnancy was made easier by doing prenatal yoga, eating very well, and trying to stay as calm and centered as possible,” Baldwin said.

Try some of her pregnancy-safe poses here!