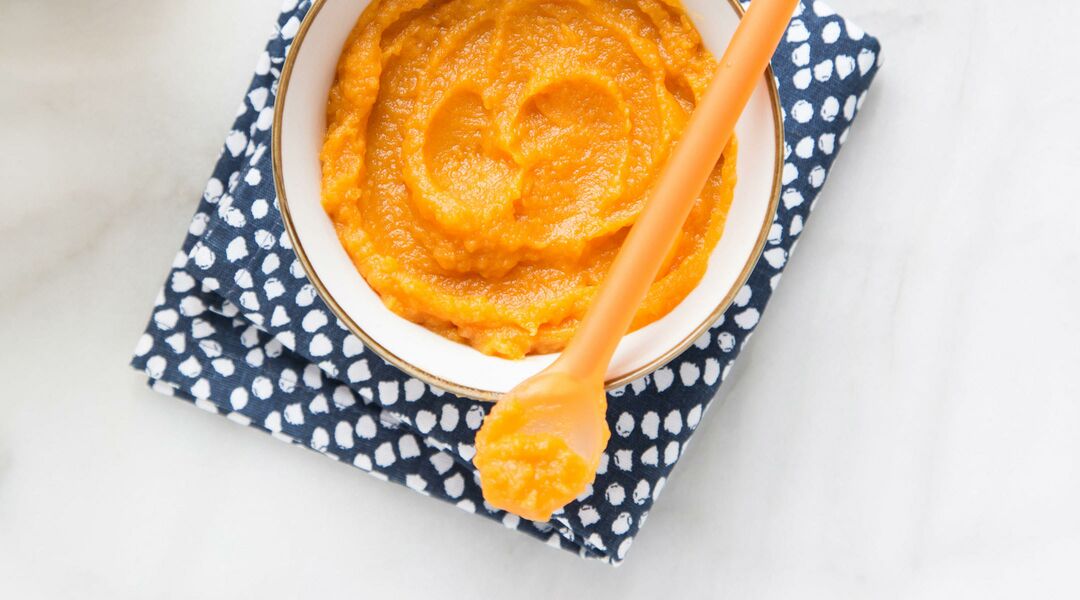 As you begin to focus on first foods for baby, some questions inevitably arise. Should you continue breastfeeding as you introduce solids? (Yes.) Should you introduce a variety of foods? (Yes, but one at a time.) Should you go with store-bought or homemade? That last one is a little harder to answer. But should you choose to fire up the food processor, a study is pointing at a few longer-term benefits of going homemade.

A small study published in The International Journal of Obesity tracked the dietary behavior of 65 infants at 6, 9, 12 and 15 months old. While researchers from McGill University Health Centre and the Montreal Children’s Hospital found no significant differences between any of the infants at 9 months, by one year, some patterns began to emerge.

By 12 months, the 14 babies who were exclusively fed homemade baby food through their first year had a lower percentage of body fat than the other infants in the study. Of the remaining 51 babies, 14 were exclusively fed commercially-produced baby food, while 37 were given a combination of homemade and store-bought.

Perhaps more importantly than differences in baby fat, however, were the differences in food type. Babies fed homemade food were exposed to a wider variety of foods.

“Given that food preferences begin early in life, are likely to persist and are difficult to change in adulthood, providing appropriate food choices during the complementary feeding period is of importance to facilitate food acceptance and ensure healthy growth and development,” lead study author Elise Mok tells Reuters. “The results could have implications for preventing obesity and chronic diseases associated with poor food choices.”

Commercially-produced baby foods tend to be higher in sugar and all of a similar consistency, limiting babies’ exposure to different textures and getting them hooked on sweeter foods. Inspired to whip up your own at home? Start with these three simple recipes.