After a year of mishaps, hospitals are doubling down on their newborn identification efforts.
ByChristine Cordova
Associate Social Editor
PublishedJul 2016 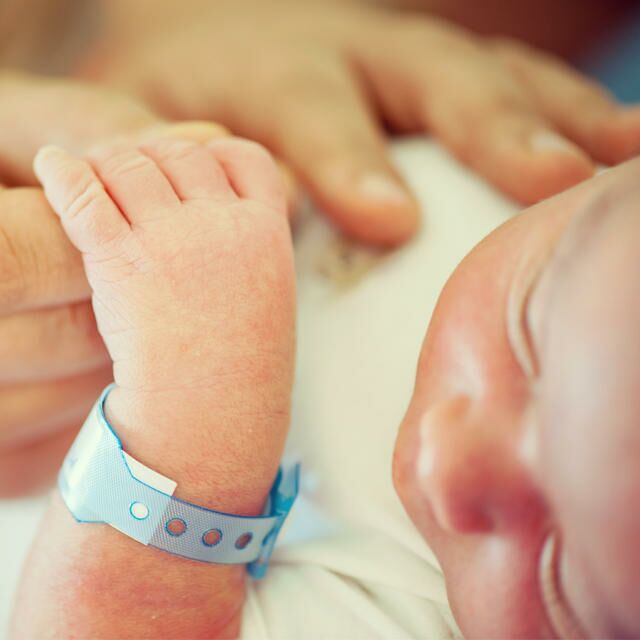 Before baby was born, you probably spent hours trying to decide on the perfect name. You read through a list of possibilities, hoping that one name would cause baby to stir, letting her decide which one she liked best. After hours of vacillating, you finally decided on a name. And then, the hospital marks her first name as “Babygirl.”

“Babygirl” isn’t just the label the hospitals slap on the cart transporting baby to and from the nursery, it’s also the label they use to designate bottles of breast milk, blood samples, urine samples, charts and more. This common practice led several Pennsylvania hospitals to provide newborns with milk from the wrong mothers.

A recent review by the Pennsylvania Patient Safety Authority (PPSA) found that this type of misidentification happened about two times per day during 2014 and 2015 with a total of 1,234 reported cases statewide.

Fortunately, this mishap rarely resulted in harm to the baby. But there were five newborns whose misidentification cases were deemed serious. Four of those five cases were situations in which newborns received breast milk from a mother that was not their own and in one case, a baby was circumcised without the parents’ consent.

Although only four cases involving breast milk were deemed serious, the report found a total of 89 cases of breast milk administration mishaps during the two-year period.

Between stories of milk donation and ‘nursing for a friend,’ you’re probably wondering: Is there a downside to receiving breast milk from the wrong woman?

Although there are a ton of benefits to breastfeeding, without proper screening, the FDA doesn’t condone using donor milk directly from an individual or from the internet, because both sources are unlikely to have been tested for contamination or infectious diseases.

The potential hospital mishaps don’t end there. The PPSA study also reported cases of mislabeled blood specimens, unlabeled urine samples and x-rays being ordered for the wrong patient. In addition to the procedural errors, 10 percent of cases involved the wrong ID bracelets being placed on the mother and baby or transferring the wrong newborn to a mother’s room. Fortunately, no babies were sent home with the wrong families.

If you’re an expectant mother, this report might add a few more items to your running list of labor and delivery fears, but it’s important to note the many precautions hospitals take in an effort to ensure mistakes like these don’t happen.

“Hospitals strive to eliminate every possible source of patient harm, and the report suggests that newborn identify checks and double-checks are catching almost all identification problems before they impact patient care,” says Michael J. Consuelos, senior vice president for clinical integration at the Hospital and Healthsystem Association of Pennsylvania.

Some common preventative practices include:

24 Fall Family Activities You Can Still Enjoy During COVID-19