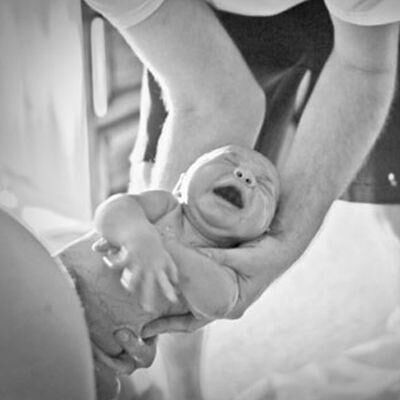 Obviously, you’re going to take a million pictures of baby right after she’s born — and probably even have a photographer do a newborn shoot. But what about having a professional snap away during labor and delivery? According to The New York Times, more and more parents-to-be are hiring photographers to capture their baby’s birth day — messed up hair, ugly delivery room and all.

The Times article explains that couples are less likely to be scared and grossed out at the thought of birth than in the past, and instead see it as a beautiful event (it is!). They book the photographer in advance, call them when the mom-to-be goes into labor and she shows up toward the end of labor (around six centimeters dilated, according to one photographer). The reward? Capturing an amazing moment that can never be reenacted. Awesome idea!

Would you or will you hire a photographer to photograph or film your baby’s birth?