How a 4-Year-Old ‘Healed’ a Grieving Widower 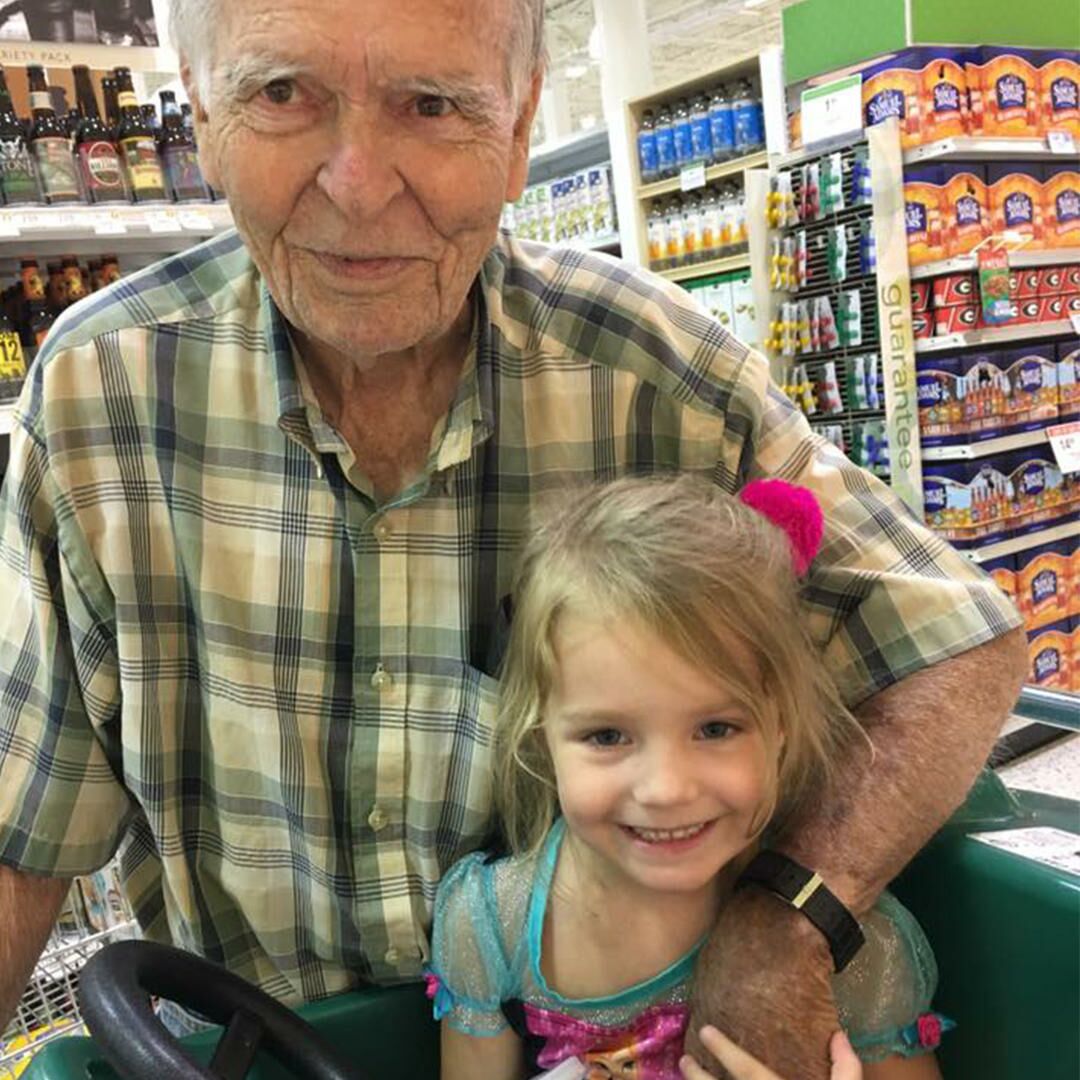 Georgia preschooler Norah Wood went with her mom to the grocery store to pick up some birthday cupcakes. But thanks to a chance encounter with an 82-year-old man, she left with a new best friend.

The day before, the 4-year-old explained she has a soft spot for the elderly: “I like old peoples the best ‘cos they walk slow like I walk slow and they has soft skin like I has soft skin. They all gonna die soon so I’m gonna love ‘em all up before they is died,” mom Tara Wood writes for Today.com.

So when the duo passed an elderly man in the grocery store, Norah immediately launched into conversation: “Hi old person! It’s my birfday today!” She and the man exchanged pleasantries, and continued on their way.

It could have ended there—but something compelled Norah to want a birthday photo with the man, known as Mr. Dan. As the two posed for the camera, she took his hand in hers, kissed it and placed it on her cheek.

“We were blocking other shoppers and they didn’t care. There was magic happening in the grocery store that day and we could all feel it,” Wood says.

After posting about the encounter on Facebook, Wood received a message from a friend of Mr. Dan’s explaining that he had lost his wife in March and was going through a tough time. So Wood and her daughter planned a visit to Mr. Dan’s home.

He had dressed for the occasion: a haircut, clean shave, slacks and shined shoes. Norah and Mr. Dan spent three hours drawing pictures for his fridge and eating chicken nuggets. And when it was time to go, Mr. Dan presented her with a rose picked from this porch, which Norah now keeps in a bag underneath her pillow.

That was the first of many visits—Norah stops by once a week for a playdate, however brief. She asks about Mr. Dan constantly, wondering whether he’s cold or lonely or has cheese for his sandwiches. And that staggering amount of love from this little girl has made all the difference for the grieving widower.

Ever since his wife’s death, Mr. Dan had been struggling with bouts of fitful sleep. Now? “He told me that he has slept soundly every night since meeting my girl. ‘Norah has healed me,’ he said,” Wood writes.

“That day (in the grocery store), I was going through a day of self-pity. I was just feeling sorry for myself. But she changed it,” Mr. Dan told CNN. "She has shown me a depth of love, a depth I didn’t know existed.”