How to Respond When Baby Babbles 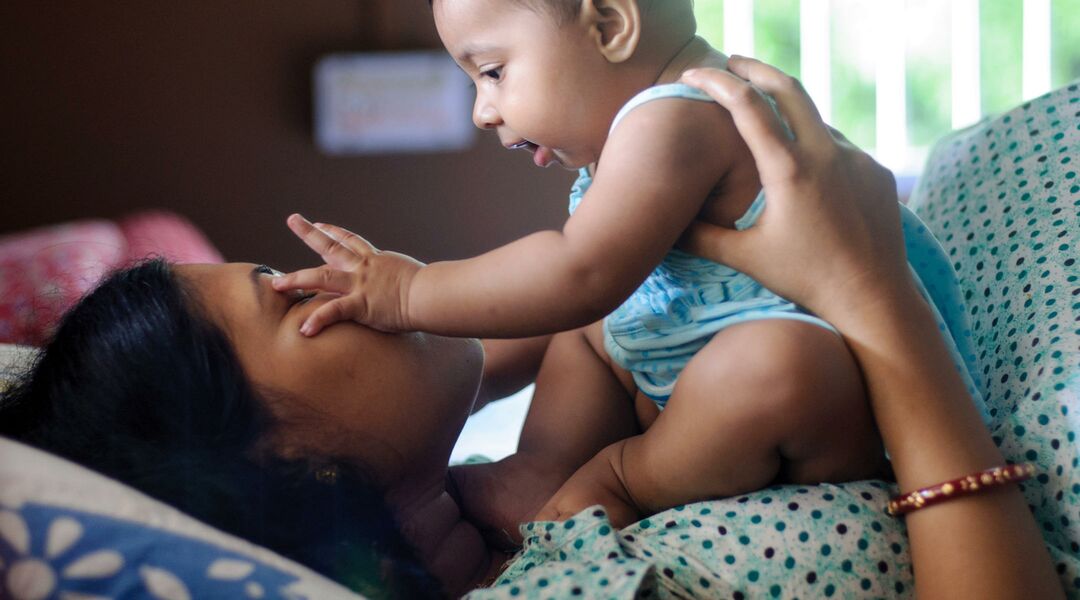 Since you’re probably doing it anyway, it’s a relief to know that having full conversations with your babbling baby is now scientifically encouraged.

According to a new  study by the University of Iowa and Indiana University, they way parents respond to baby influences how the child will communicate and vocalize. By listening and responding to whatever you think your baby is saying, you’re letting baby know she can communicate, leading her to make more complex sounds more quickly.

“It’s not that we found responsiveness matters,” says Julie Gros-Louis, co-author of the study. “It’s how a mother responds that matters.” When mothers responded as if they knew what baby was actually saying, those garbled noises became more directed and more like words a lot sooner. This means more consonant-vowel vocalizations. To gauge this, researchers observed 8-month-olds and their mothers for 30 minutes twice a month over the course of six months.

What do you and baby talk about?

More Parents Are Reading From Birth Than Ever: Study