These Hurricane Baby Names Are as Badass as Their Birth Stories

No, they're not all named 'Harvey' and 'Irma.'
ByAnisa Arsenault
Associate Editor
PublishedSep 2017 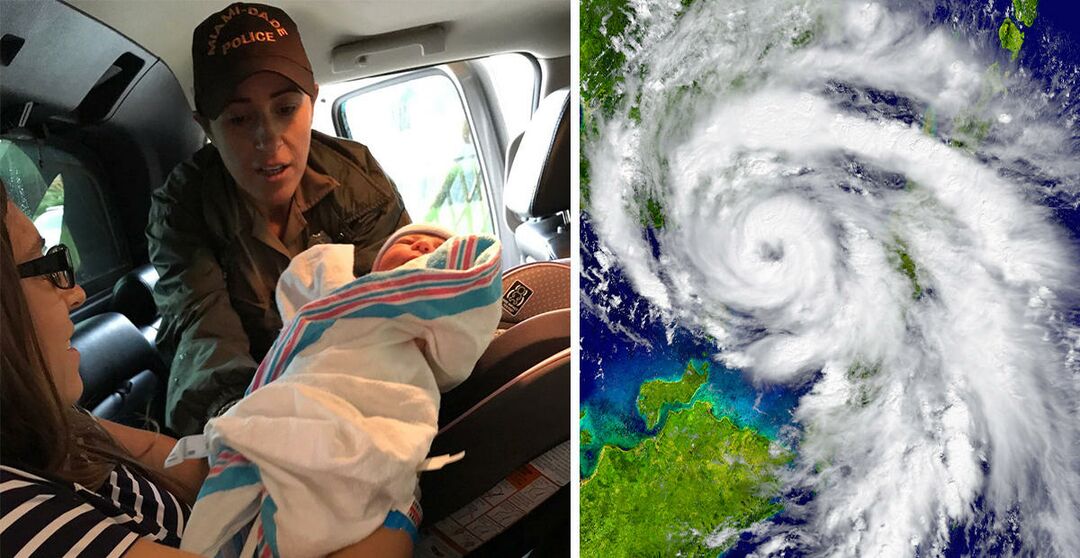 Not unlike the hurricane barreling towards Miami, baby Nayiri was coming whether her mother was ready or not. Unable to make it to the hospital or be reached by paramedics, the mom delivered her baby by herself while the Miami Fire Department coached her over the phone.

We’re still waiting for more Hurricane Irma birth stories to unfold, and so far, we’ve heard of another instance of a mom delivering her baby on her bathroom floor. But babies born during Hurricane Harvey are now at least two weeks old. And several of their monikers mean their families won’t be forgetting about the storm any time soon.

First, of course, came baby Harvey, born on Aug. 25 as the storm rolled into Corpus Christi, Texas. While his birth story isn’t too crazy—he was delivered safely in a hospital—this coincidence is: Harvey’s mom’s name is Irma.

Next came baby Adrielle on Aug. 28. Her name, which means “she belongs to God,” is a nod to the fact her parents view her birth as a miracle. Andrea and Greg Smith relied on a dump truck and a human chain made by their neighbors to get them through the floodwaters to the hospital, where the baby girl was able to receive proper care in the NICU.

“If she were born at home, that wouldn’t have been the best place for her,” Greg tells PEOPLE. “I’m so glad she is in the hospital.”

Close on her heels was baby Noah, born on Aug. 29. While the biblical name could be a reference to floods in its own right, baby Noah’s middle name is Harvey.

Noah Harvey’s parents, Drucella and Kallen Wheeler of Beaumont, Texas, certainly could have used an ark to get to the hospital. While the streets were too flooded for them to make the drive, 911 was able to dispatch an emergency vehicle. The catch? Kallen and the couple’s 2-year-old son, Jonas, weren’t allowed to come along for the ride.

“I didn’t know what the heck I was going to do,” Kallen tells the Beaumont Enterprise. “So I just put Jonas on my shoulders and started walking toward the hospital. One of the neighbors, a good Samaritan, wouldn’t let me go. He said to get in his truck. Unfortunately, he hit the same puddle I did and lost his truck trying to help me out.”

Ultimately, Kallen watched his wife give birth via FaceTime.

We have a feeling these parents will be sharing their birth stories for a long time to come. And they’re just a few of the crazy labor and delivery stories we’ve heard. Read seven more here.