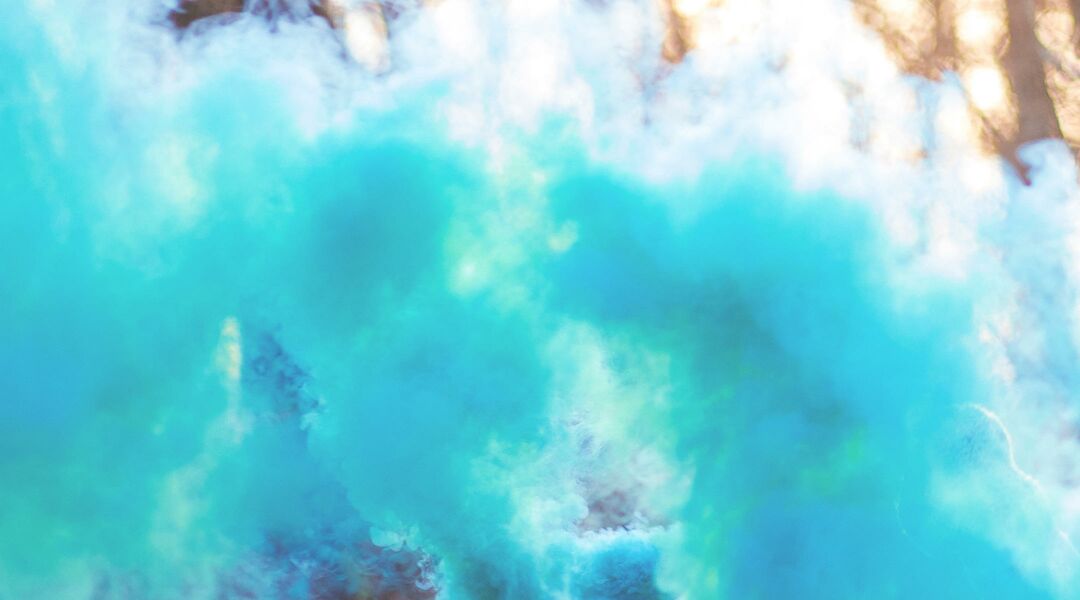 Gender reveal fail or an explosive success? Regardless of how you look at it, this couple’s baby news was announced with a bang.

Scottsbluff, Nebraska, resident Jon Sterkel shot a rife to set off an exploding target on Saturday, releasing a massive cloud of blue chalk powder to signal his wife, Ashley, is expecting a boy.

It turns out residents three miles away heard the blast and alerted police, thinking a home or vehicle had exploded. Sterkel, who had posted a video of the stunt on Facebook for friends and family, followed up with an apology in light of the reactions.

“I would like to apologize for all of the confusion,” he wrote. “This was just our way of announcing what gender our baby was."

While he reports Sterkel has been cooperative, Scotts Bluff County Sheriff Mark Overman needed to issue a ticket for a misdemeanor violation (punishable by either a year in jail or a $1,000 fine); setting off an explosive requires a state permit, although all of the materials needed are perfectly legal to buy.

“We never knew, and we’ve shot these for years," Sterkel says. "If you can go to a store and buy it, how in the world can you know it’s illegal?”

The Sterkels are certainly not the first to attempt this baby blast. These types of gender reveals are all over YouTube. But if you’re looking for a smaller way to make a big statement, we have plenty of other gender reveal ideas.