“The mothers were quite surprised to see their infants joyfully engaging in imitation games with a stranger, but also impressed by the infants' behaviours.”
facebook
twitter
copy link
email
save
ByNehal Aggarwal
Associate Editor
Published May 27, 2020

Scientists are constantly looking at cognitive, behavioral and emotional development in babies to learn more about human life in our earliest years. Now, a new study is looking at how babies engage with adults and found that they’re more likely to engage when adults imitate their actions.

The study was conducted by Lund University in Sweden and published in PLOS One. It looked at data from 16 infants (5 females and 11 males) and found that babies were not only able to recognize when they were being imitated, but were also more friendly towards these adults. The researchers played with 6-month-old infants in their homes in four different ways. They either mirrored babies actions, imitated everything baby did as a reverse mirror, imitated baby’s actions while keeping a straight face or responded to baby with a different action (which, the study says, is known as contingent responding and is how parents most often respond to babies).

“Imitating young infants seems to be an effective way to catch their interest and bond with them. The mothers were quite surprised to see their infants joyfully engaging in imitation games with a stranger, but also impressed by the infants’ behaviours," Gabriela-Alina Sauciuc, researcher at Lund University and main author of the study said in a news release .

"This was quite interesting,” Sauciuc said. “When someone actively tests the person who is imitating them, it is usually seen as an indication that the imitated individual is aware that there is a correspondence between their own behaviour and the behaviour of the other.”

While the study was a small one, the researchers believe their findings show how babies learn about cultural norms and interacting with others. “By showing that 6-month-old infants recognise when they are being imitated, and that imitation has a positive effect on interaction, we begin to fill up this gap,” Sauciuc explained. “We still have to find out when exactly imitation begins to have such effects, and what role imitation recognition actually plays for babies.” 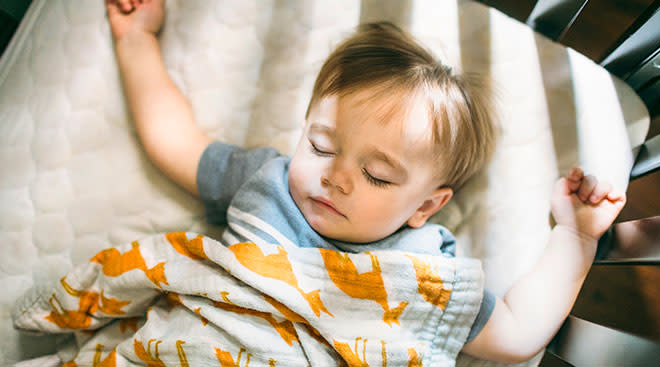