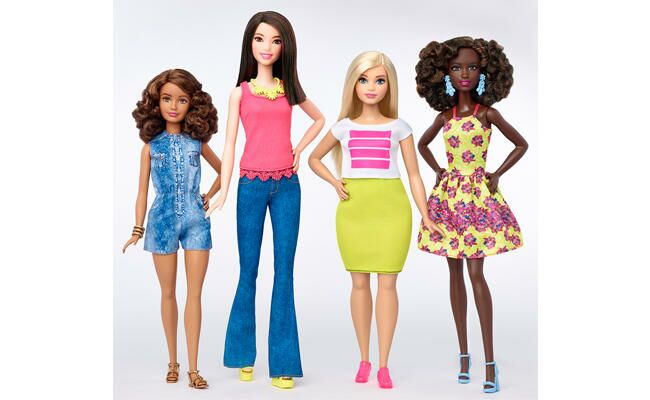 You know her, you love her and you grew up with her. But with your doll-playing years behind you, you probably have some perspective on Barbie and her perfect (more accurately, unrealistic) body. As more and more parents strive to raise their kids surrounded by positive body images and lifestyle choices, you have to pause and ask yourself, “Would I let my kids play with Barbie?” Based on a complete revamp, Barbie’s parent company Mattel is hoping the answer is yes.

Today, the toy manufacturer released three new body shapes for the best-selling doll, adding petite, tall and curvy body types alongside the existing original, and follows last year’s introduction of new skin tones and hair textures. As other toymakers veered away from gender stereotypes, Barbie needed to step up.  TIME reports that although 92 percent of girls in the US have owned a Barbie doll, sales decreased 20 percent between 2012 and 2014. And sure, a lot changed between her 1959 debut and her millennium iteration (could she look anymore 2000 there?). But her waist size? Not so much.

A quick look at Barbie Dolls of decades past shows that while style changes, the slim, long-legged, busty Barbie ultimately remains the same.

Step aside, ladies. There’s a new gang of Barbies on the block. Welcome to 2016:

Representative of more body types, these dolls are long overdue. Mattel is hoping for minimal negative backlash from any offense caused by these new designs. But so far, the reaction has been mostly positive: