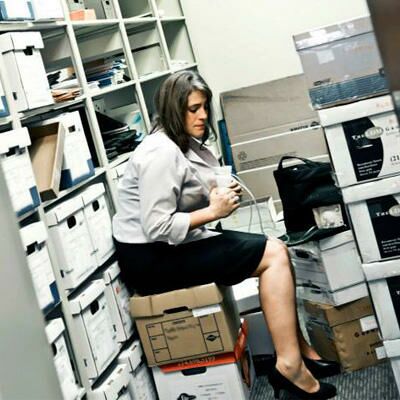 You're Not Alone: Your Breast Pump Is Definitely Talking to You

It's midnight, and you're alone, pumping, while your baby sleeps. Or maybe it's the middle of the workday, and you're crammed in a storage closet, pumping, with one hand on the door handle in case someone tries to come in.

And that's when you hear it:

Your pump is talking to you.

No, you're not crazy. And you're definitely not alone. The evil geniuses that make breast pumps seem to have individually programmed those robot babies to speak directly to us while we do this most awkward of jobs. As a result, lots of new mothers hear messages from their breast pumps, over and over and over again, as they attempt to suck the very life out of us.

I talked to a bunch of women whose pumps whisper sweet nothings in their ears and learned that these messages, and the pumps that deliver them, can be separated into five basic categories:

'What are you, a comedian?' Pumps