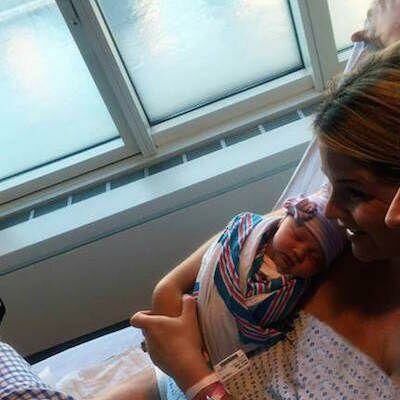 The Hager family is now happily a family of four!

The mom of two announced the birth on Instagram, sharing a first look of their daughter and revealing how the couple came up with the name. “Welcome to the WORLD Poppy Louise Hager—named after my darling Gamps [George H.W. Bush] who went by Poppy during his childhood. We are in LOVE,” she wrote.

“We are proud to name [Poppy] after a man we so adore,” dad Henry shared with TODAY.

He also revealed that they chose the middle name Louise to honor the middle names of the couple’s two grandmothers, Louise and Lewis.The Hagers like to keep their daughters’ names in the family: Mila is named after her parents’ mothers: Margaret Hager and former first lady Laura Bush. The couple even FaceTimed with the former president so they could watch his reaction to finding out he was the inspiration behind his newest great-granddaughter’s name.

And as to be expected given Hager’s adorable video with Mila announcing she was expecting a second daughter back in April, her husband told TODAY that the toddler is excited to be a big sister and "Mila can’t stop talking about her ‘baby sissy.’”