"By sharing a photo of me breastfeeding, I wasn’t 'asking for it.'"
ByAnisa Arsenault
Associate Editor
PublishedDec 2017 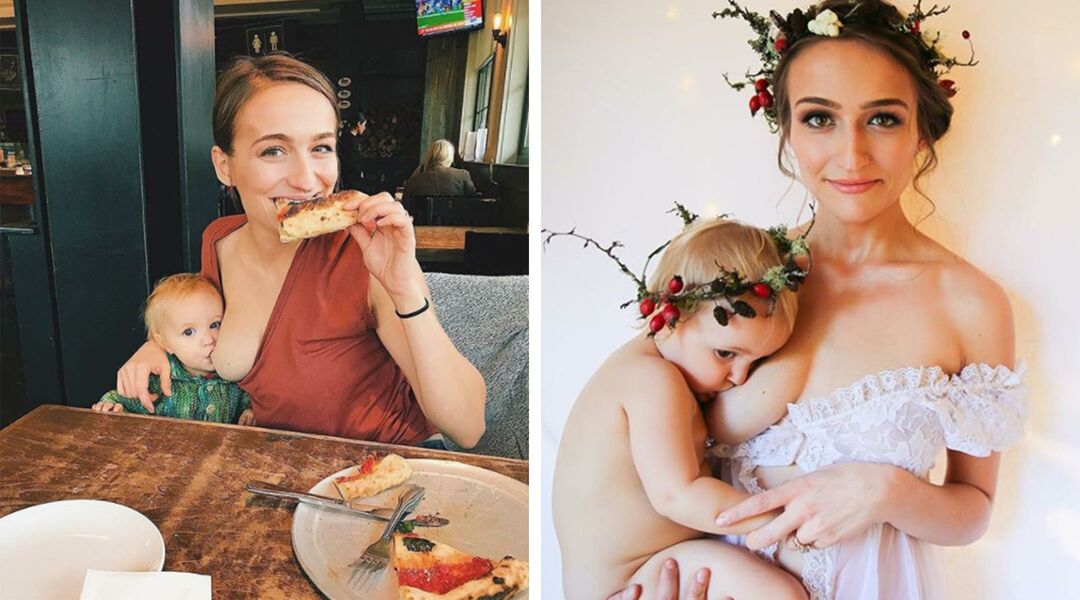 We’ll let you in on some behind-the-scenes info from The Bump: When we come across an awesome photo from a real mom, we’ll often ask her for permission to share it on our own Instagram account. A recent example? Jenny Tamas’s photo of herself nursing her daughter, Lilly, at a restaurant. If we’d seen the brutal comments Tamas received coming, we probably would’ve spared her the repost. But Tamas is bravely standing her ground, reminding us of the importance of normalizing breastfeeding, especially when it’s uncomfortable.

“A photo of me feeding Lilly was shared on @thebump and out of the 300+ comments, 200 of them were horrifying,” Tamas writes in a follow up Instagram post. “I became the public whipping post to many degrading, humiliating and inhuman comments. It turned into a platform for online bullying.”

Women began debating how much skin was too much to show while breastfeeding in public—and things escalated from there.

“As I read the comments, I felt sick, shocked and embarrassed; snot running down my face, I found myself thinking that because I shared this photo, I somehow asked to be treated this way. That it was my fault these women spoke about me like this,” she says. “I’m stunned at how there are so many people who believe that breastfeeding is only decent if under a cover, and if done any other way—just a sex act or for attention.”

While it should be shocking that all this judgment accumulated on a parenting page, Tamas came to the unfortunate realization that it’s not so surprising after all.

“While this is not a reflection of @thebump, it is a crystal lake reflection of how divided we as mothers have become when we continue to sexualize this normal and necessary act of survival,” she says.

Tamas tells The Bump that she’s no stranger to breastfeeding shaming. In fact, some of the culprits are relatives.

“I’ve been ushered to bedrooms during family gatherings to feed Lilly, and that stung,” she says. “Growing up, I never saw a woman breastfeeding her child. When I had Lilly, I was really the first in my entire family to embark in this new territory. I wasn’t expecting to feel so proud of myself, as I do each time I feed her from my own body.”

“The solution? Simple,” she continues on Instagram. “I choose to believe the solution is participating in normalizing breastfeeding. Whether it is supporting other moms and their different journeys with an open mind, or participating by holding my head up proud choosing to breastfeed without shame.”

We’re working to revamp our community rules and moderation so that your time spent interacting with other parents is productive and supportive, not degrading or insulting. And we want to make something clear: As firm proponents of normalizing breastfeeding in public, we will still be posting breastfeeding photos. You’re going to see part of a boob. Y’all should be used to it by now.