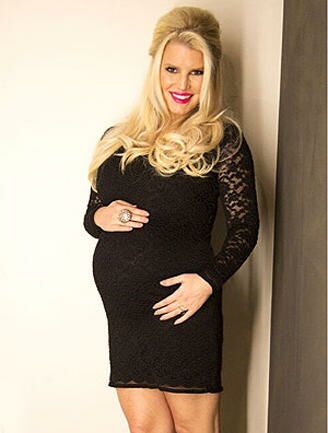 Jessica Simpson is now a mom of two!

It was just announced that Jessica gave birth to a baby boy Sunday. This is the second child for her and fiancé, Eric Johnson. The couple named their newborn Ace Knute Johnson — he joins big sister Maxwell, who turned one in May.

Jess famously let it slip that she was having a boy in March during an appearance on  Jimmy Kimmel Live. And before that, a source mentioned that she was considering the name Ace. Guess she was so excited about baby, she didn’t keep many secrets! The new tidbit we have is the baby’s middle name, Knute, which was chosen as a tribute to Eric’s Swedish grandfather, according to People. (Sweet!)

Most recently, Jessica celebrated the baby’s impending arrival with a Tom-Sawyer-themed baby shower. Congrats to the  family of four!

What do you think of the baby’s boy’s out-of-the-box name?