“Demand for talc-based Johnson’s Baby Powder in North America has been declining due in large part to changes in consumer habits and fueled by misinformation around the safety of the product and a constant barrage of litigation advertising.”
Save article
ByNehal Aggarwal
Associate Editor
PublishedMay 2020 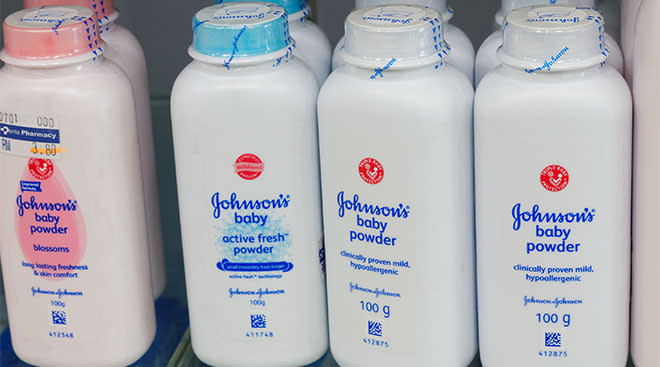 Johnson & Johnson announced Tuesday, May 19 that it was stopping its sales of talc-based baby powder in the United States and Canada.

In recent years, demand for the product has decreased significantly, presumably due to lawsuits claiming the powder causes cancer. The company believed the decline came “in large part to changes in consumer habits and fueled by misinformation around the safety of the product and a constant barrage of litigation advertising,” as they wrote in their press release on the subject.

The company maintains that their product is not harmful to consumers. “Johnson & Johnson remains steadfastly confident in the safety of talc-based Johnson’s Baby Powder,” the company wrote in its press release. “Decades of scientific studies by medical experts around the world support the safety of our product. We will continue to vigorously defend the product, its safety, and the unfounded allegations against it and the Company in the courtroom.”

Late last year, Johnson & Johnson issued a recall of their baby powder in America after the FDA claimed they found trace amounts of asbestos, a well-known carcinogenic, in a bottle purchased online.

According to the press release, Johnson & Johnson will let existing inventory of the powder continue to be sold through retailers until it runs out. Their cornstarch-based baby powder will continue to be available in North America.

In recent years, many millennial moms have forgoed shopping from Johnson & Johnson in favor of more green and natural products. If you’re looking for more eco-friendly and organic baby products, check out some of these picks that will take you from bathtime to bedtime and beyond.

9 Baby Bike Seats for a Safe and Comfortable Ride

21 Gifts for Twins That Are Doubly Adorable

20 Best Baby Gifts for Any Occasion (and Budget)

42 Small Business That Have Awesome Gifts for the Holiday Season

Here’s Everything You Need to Know About Walmart Plus