Here's why it's actually not so scary.
Save article
ByAnisa Arsenault
Associate Editor
PublishedMay 2018 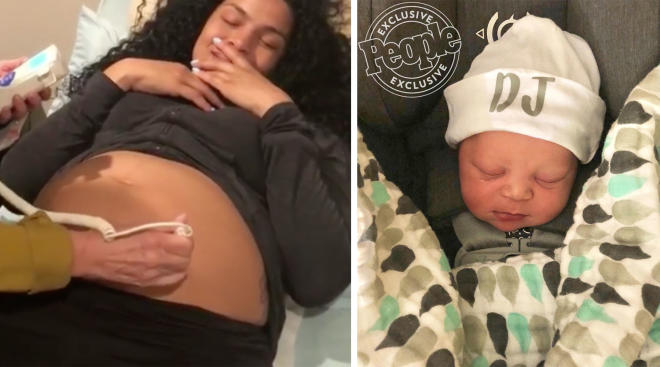 Because you’ve probably already imagined worst-case-scenario birth complications, we want to clarify something: the cord being dangerously wrapped around baby’s neck probably won’t be one of them. The condition, called nuchal cord, affects 10 to 29 percent of pregnancies, and it’s usually not particularly dangerous. The most recent person discussing how nuchal cord gave her a scare? Jordin Sparks.

Sparks, a brand new mom, welcomed son Dana Isaiah Thomas Jr. on May 2. She opted for an all-natural water birth and delivered at a birth center, telling PEOPLE that “it’s actually right across from Cedars Sinai here in LA, so just in case anything happened, if there’s complications that arise, they actually would escort us over to the hospital.”

A minor complication did arise, but luckily, a midwife was able to swiftly handle it without transferring Sparks to the hospital. Baby Dana emerged with the cord wrapped around his neck—twice. Sparks’s husband, Dana Isaiah, was the first to notice.

“He said it almost looked like a scarf—it was wrapped around his neck and body,” Sparks says. But the midwife was able to quickly slip the cord off the baby’s neck while Dana Isaiah Sr. continued holding him.

It’s common for a wrapped cord to be loose enough for a midwife, nurse or doctor to slip off during delivery. It’s also common for baby to become wrapped in the cord in utero—and to untangle himself. Nuchal cord only becomes dangerous when the cord is wrapped tightly around baby’s neck, restricting blood flow and potentially causing red or purple spots where it was wound. Still, physicians say that’s rare, and almost always fixable.

“In all the years I’ve been delivering babies—25 or more—I can count on one hand how many times I’ve had to literally cut the cord,” Dana K. Jacobs, CNM, previously told The Bump. “It rarely happens.”