Judge Tells Mom She's Not Allowed to Breastfeed in Courtroom 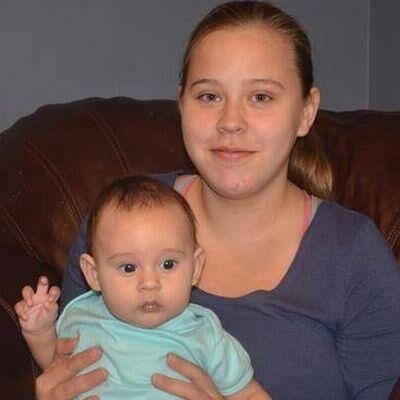 You’d expect a judge of all people to err on the right side of the law, but one Canadian on the bench made a bad judgment call about breastfeeding in his courtroom.

Last month, 22-year-old Willow Brooks arrived to a courtroom with her 4-month-old son Angelo to support her boyfriend who was facing charges. When she realized Angelo was hungry, she didn’t think twice about breastfeeding him, like she’s done so many times before in other public places. But, for the first time, she was told doing so was inappropriate.

Like it is in the US, breastfeeding in public is a protected act in Halifax, Nova Scotia, where Brooks lives. The province’s Human Rights Act gives women the right to breastfeed in public areas and states that women should not be prevented from nursing in public, or be asked to move to a more “discreet” area.

“No one ever bothers me. That’s why I was so surprised, because I thought that we were allowed to breastfeed anywhere,” Brooks says. “I was pretty surprised and shocked. I didn’t know what to say, so I just said ‘OK,’ and I left.”

The judge has faced criticism violating Brooks’ rights and telling her that her actions were unwelcome. “It was embarrassing. I felt bad that I couldn’t support my boyfriend. I’ve never been asked to leave anywhere before for breastfeeding.”

Fortunately for Brooks, she has a knowledgable breastfeeding advocate on her side. Her aunt, Cheryl Maloney, just happens to be the president of the Nova Scotia Native Women’s Association, and has worked on breastfeeding campaigns in the past.

“She told me it was just so humiliating,” Maloney says. “For somebody at that highest level not to respect fundamental rights. We have beautiful posters in our office of young moms breastfeeding beautiful babies. It’s the basic right of a child and mother that all Canadians should enjoy.”

Although the Justice Department and court officials have yet to comment about Brooks’ courtroom dismissal, Maloney wants to help her niece—and Canadian women everywhere–make sure that this doesn’t happen again.

"[Brooks] didn’t even realize that it was against the law, a human rights violation under the Nova Scotia Human Rights Act, and so I am just going to set her up with an appointment with my legal advocacy people to see if they can talk to her about a complaint mechanism,” Maloney says.