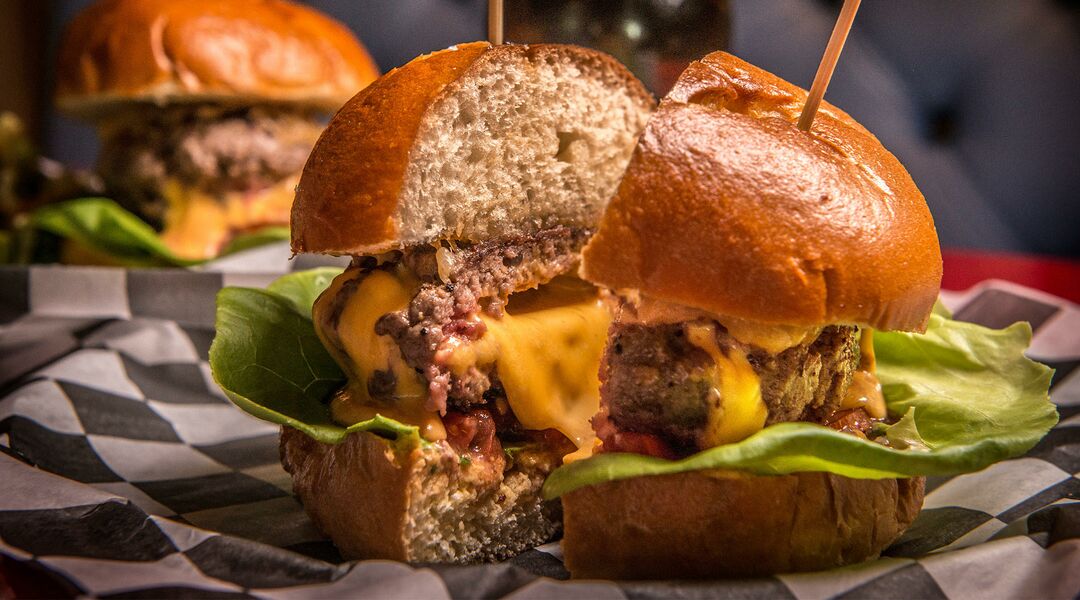 Minneapolis, Minnesota, parents Eric and Aly Nelson weren’t interested in a traditional gender reveal. There would be no pink or blue cupcakes, no balloons, no confetti. Nope; they wanted something cheesier.

The couple used a quintessential Minneapolis delicacy to learn their baby’s gender: a Jucy Lucy, or a cheese-stuffed burger. After slipping a sealed envelope containing the sex of their baby to the restaurant staff at The Nook in St. Paul, they braced themselves for either white pepper jack for a boy or yellow cheddar for a girl.

The best part? This isn’t even the first time they’ve had a cheeseburger gender reveal. They came up with the idea two years ago before the birth of their son, who fittingly, is named Jack.

The whole thing was dad’s idea.

"I look for any excuse to get a burger,” Eric tells the StarTribune. said. “Why don’t we go to the Nook and have it revealed by cheeseburger?”

In an age of cheeseburger first birthday smashes, we welcome this twist on tradition. It’s about time the gender reveal was beefed up.