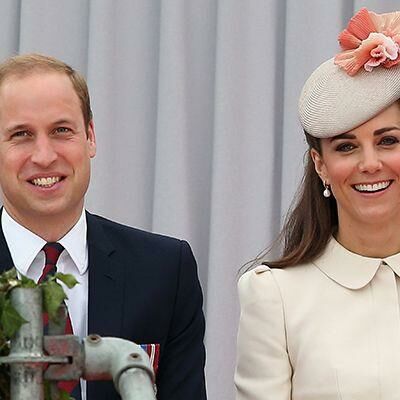 This is the best Monday morning news ever: Kate Middleton is pregnant again!

The Duke and Duchess of Cambridge are officially expecting their second royal baby, which means one-year-old Prince George will be a big brother soon!

Sadly, Kate is suffering from hyperemesis gravidarum again like she did during her first pregnancy and is being treated at her home.

“As with her first pregnancy, The Duchess is suffering from Hyperemesis Gravidarum. Her Royal Highness will no longer accompany The Duke of Cambridge on their planned engagement in Oxford today. The Duchess is being treated by doctors at Kensington Palace. She is at home being looked after by the surgeon gynecologist to the Queen, Alan Farthing, and the surgeon gynecologist to the royal household, Guy Thorpe-Beeston.”

Although HG is generally known as a severe morning sickness, women who’ve had the condition say it’s much worse than that. Vomiting from HG can result in dehydration and dangerous weight loss. The condition can also cause extreme fatigue, fainting, headaches, decrease in urination, low blood pressure and rapid heart rate. Many women with HG (like Kate) may need to be hospitalized to receive IV fluids and anti-nausea medication.

Kate is reportedly eight weeks along, according to Us Weekly. She was treated for HG in 2012 before she was eight weeks pregnant with George.

Using our Chinese gender chart, we predict that it’s a boy about the size of a raspberry right now based on her due date that will likely be in the spring.

Do you think Kate will have a boy or a girl?