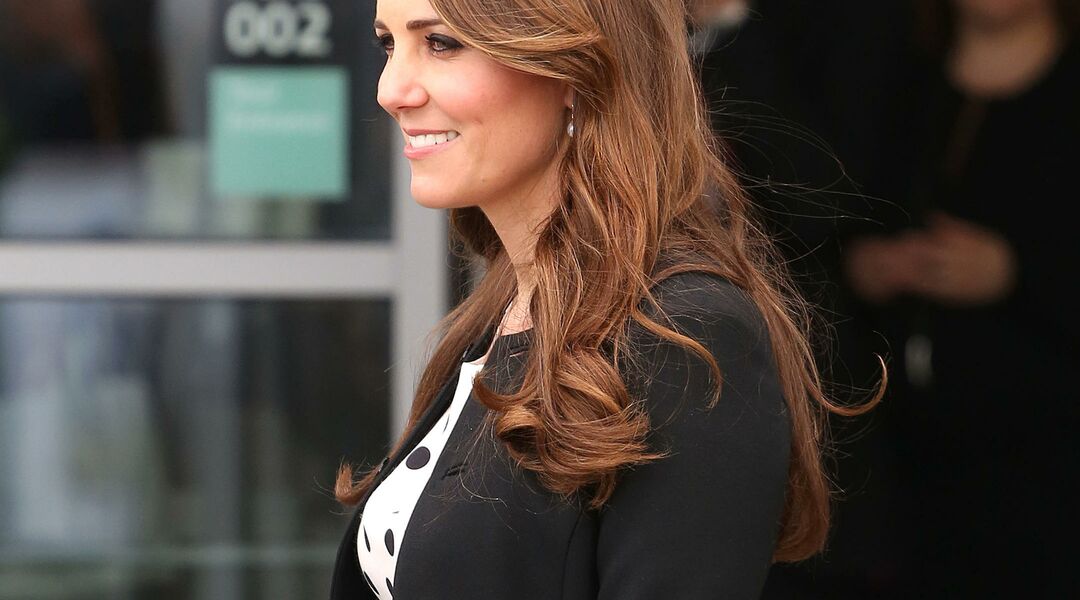 Sheesh! These royal insiders need a lesson in secret keeping. Over the weekend, The Mail on Sunday reported that they had insider information on Kate’s very royal (very top-secret!) due date. The Mail’s top-secret source, who is described as a “friend of the pair” (some friend, huh?) told the paper, “Some of Kate and William’s closest pals were at a barbecue hosted by a family friend of the Royals recently” and that’s reported where the parents-to-be revealed when the royal babe is due.

So just when is the little prince (or princess!) scheduled to make his jubilant debut? The “friend” apparently told The Mail at the barbecue that, “They were all discussing the fact that Kate’s baby is due to be born on July 13. Everyone was very excited.” First, I’d like to say bravo (and farewell!) the royal insider, who most likely find himself on the very _un_royal outside of things for letting the public in on Kate and Will’s big secret!

If the rumor is true and the Duchess of Cambridge does give birth on July 13, she’ll be proud mama to a baby Cancer! In the past, we sat down with Dabney Oliver, founder of AstroCutie.com, and got the scoop on what baby’s astrological sign means for his personality. Judging from what Oliver said about each one of the astrological signs, here’s what kind of traits we can all expect for the royal babe:

Cancer’s are very sensitive (a trait both mom and dad have, as well, so it’s sure to be passed on to baby!) and they’re homebodies, which we’re sure baby won’t mind, since mom and dad are renovating a glorious apartment space. Staying indoors might be best for the royal one, too, during his first few months of life, since the press will be hot to trot to snag a photo of the royal heir (or heiress!). Oliver said of cancer babies in general that they’re “going to have a very strong bond with mom and they need to spend a lot of quality time with her.” Can’t you just see Kate and the babe together? I can! And I’m jealous just thinking about it.

Kate’s reported due during the middle of the Coronation Festival, which is a four-day celebration that marks 60 years since the Queen was crowned — only 16 months after being proclaimed Monarch following her father’s death. The festival, which lasts 4 days begins on July 11 and lasts through July 14, means if baby is born when he’s expected to, Kate and Will will be absent from the festivities!

Perhaps Kate has been trolling our July 2013 moms board? Getting advice and updates from other moms-to-be on what to expect once baby arrives? Kate, if you’re out there and you’re listening, we love you! (and tell Harry to call me) but more importantly, we love you! And we can’t wait to meet your little guy!

Can you trust what the press is saying about Kate’s reported due date?