Kate Middleton Has Hyperemesis Gravidarum — About the Scary Condition 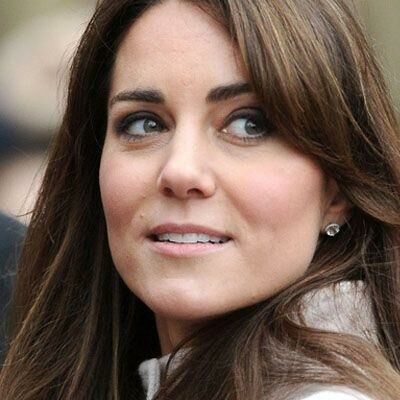 Seems like the world exploded in joy today when news of Kate Middleton’s pregnancy made its rounds through the media. But one person who’s probably not smiling right now is Kate, who, according to the palace’s statement is suffering from hyperemesis gravidarum (or HG, as many pregnant women not-so-lovingly call it) and has been hospitalized.

HG is being referred to in the media today as “severe morning sickness,” but women who’ve lived through the condition say it’s much, much worse than that wording implies. Vomiting from HG can result in dehydration and dangerous weight loss. The condition can also cause extreme fatigue, fainting, headaches, decrease in urination, low blood pressure and rapid heart rate. And the sickness can last through the entire pregnancy — not just the first trimester, like run-of-the-mill morning sickness usually does.

Many women with HG (like Kate) may need to be hospitalized to receive IV fluids and anti-nausea medication, and for some, treatment doesn’t work at all. See what a few Bumpies have to say about HG:

“So much information out there about HG (now that Princess Kate has it) is WRONG. I KEEP reading, ‘it’s basically extreme morning sickness.’ No, it’s so much more than that! … I had obsessive thoughts about dying when I had HG in the early months before getting adequate care.”

“I was very sick in the beginning when I found out I was pregnant, and thought it was bearable and then by eight weeks all hell broke lose. I can’t keep water down let alone my prenatal vitamins. I’m constantly nauseated and vomiting is pretty much constant. I feel like I’ve ruined my throat from vomiting so much (lost weight and lot of blood when vomiting).  After going to the ER and complaining like crazy to my doctor they finally signed me up for IV fluids through a cancer center, that way I didn’t have to keep going into the ER. The IV fluids haven’t seemed to help or any of the anti-nausea meds they’ve given me. At 12 weeks (last week) I was able to get some food down which really helped, but it’s like my entire GI track has stopped working. And I still feel terrible…I haven’t really left the house in weeks. I try but even walking the dog slowly around the block is too much for me. It’s like I’m constantly trashed I’m so dizzy I feel I could faint at any minute.”

“I had this with my first, and it was significantly worse with my second. I was hospitalized and on home health care with IVs and a Zofran pump for several months. We are currently planning to have a third baby, and I am terrified of going through it again.”

“I was on three different medications that I injected into my IV line that I had all the time. I had a backpack IV bag so I could leave the house with my IV pole. Unfortunately, there wasn’t that much that helped me and I was sick until I delivered.”

“People treated me like it was regular morning sickness! Even after I dropped 35 and 40 pounds and looked [starved]. I still have the mad desire the choke people who tell me to just eat some crackers and drink ginger ale, and that they went through it too… the best thing you can do for your baby is have a doctor who recognizes this as something serious.”

Dealing with HG? Check out these resources for help and support:

Have you experienced HG? What advice do you have for other women going through it?