Do Not Miss This KFC-Inspired Cake Smash 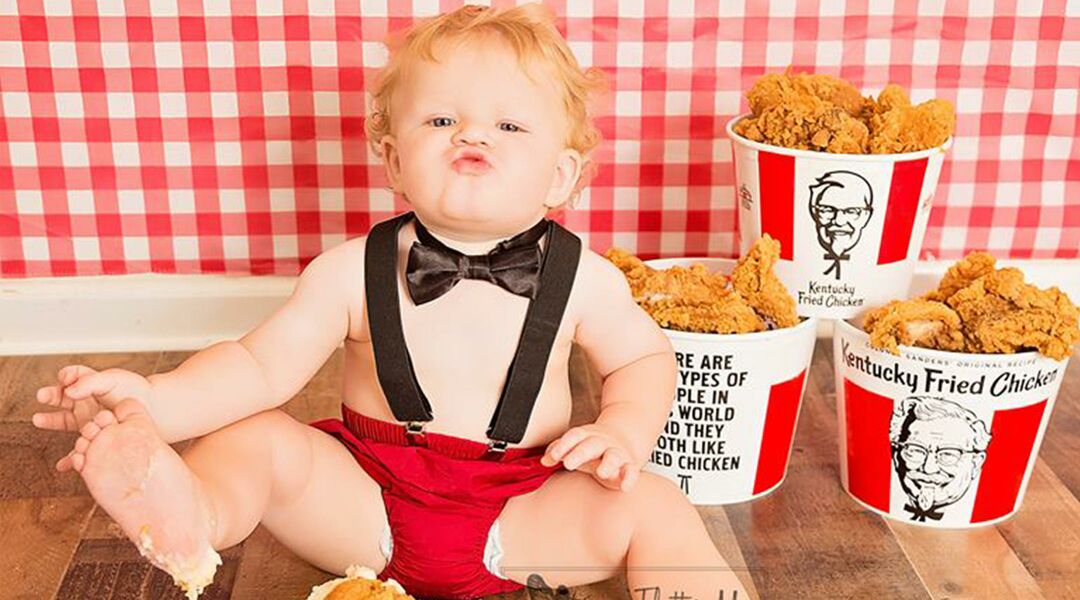 Fried chicken may be an unconventional first food, but it’s making for one epic first birthday cake smash.

Photographer Sherri Poole of Flutter My Shutter Photography helped one KFC-loving family capture their son’s first birthday milestone with a food smash Colonel Sanders would be proud of (and is proud of, based on the Facebook comments). But the idea was entirely that of mom Bridget Conner.

“His mother came up with the idea of a cornbread cake with mashed potatoes as the icing, gravy, and a chicken leg as a topping,” Poole tells Popsugar.

While this shoot is nothing short of finger lickin’ good, we couldn’t help but notice it wasn’t as messy as your typical food smash. Poole explains.

“He used his feet to smash his cake instead of his hands; he hated the feeling of it on his hands,” she says. “So sadly there are no pictures of him with cake on his face.”