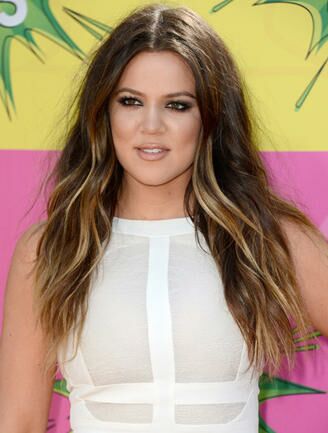 In a teaser for the coming episode of Kourtney and Kim Take Miami, it’s little sister Khloe Kardashian-Odom who steals the show (and as usual, our hearts). The always outspoken, spunky and 100 percent daring Kardashian lets the light shine on her personal life and her struggle to conceive.

While talking with her stepbrother, Brandon Jenner, and his wife, Leah Felder, Khlo opens up about just how long she and her basketball star husband, Lamar Odom , have been trying to conceive. She says that they’ve been trying for a baby, “Since I married Lamar,” on September 27, 2009 — almost four years ago.

Since then, Khloe admits that they’ve tried fertility treatments but just recently decided to try their luck at conceiving a child naturally. "About a year ago, we were like, ‘Let’s just see what happens.’ And then when it didn’t happen, Kim was like, ‘Let’s go to the doctor,’ Khloe tells them.

And while there has been so much speculation surrounding her fertility issues, Khloe clears the air on what doctors suggested for her, and how she’s moving forward. “I found out I don’t ovulate,” she says, “and my my uterus lining isn’t thick enough and I have to take pills to make my uterus lining thicker. If that doesn’t get thicker, then I cannot carry a baby.”

Let’s pretend for a second that Khloe isn’t a super celebrity. She’s just a woman trying to conceive and struggling to do it. But since she is a celebrity (and, mind you, the only Kardashian sister I can stand), I can see how frustrating it must be that her pregnancy has almost become public policy. I feel for her, especially since her sisters are building and growing their families, too, while her struggle to conceive continues on. But, to give her credit where credit’s due, I think it’s uplifting to her and other women that she’s remained honest, optimistic and positive — a task not easy to do. And I think she could become a spokeswoman for other women who struggle to conceive and feel alone in the process.

Even big sister Kourtney, mama to Mason and Penelope, struggles to bring up the topic to with Khloe. She said, “I overhear Khloe talking about her pregnancy drama, and she never really talks to me about it anymore. I kind of don’t really ask her, because I don’t want to always bother her. It just makes me sad that she has to struggle with getting pregnant.” It actually makes me sad, too.

Did you struggle to conceive? Was it hard to stay positive?