Mom Credits This Pregnancy App With Saving Her Baby’s Life 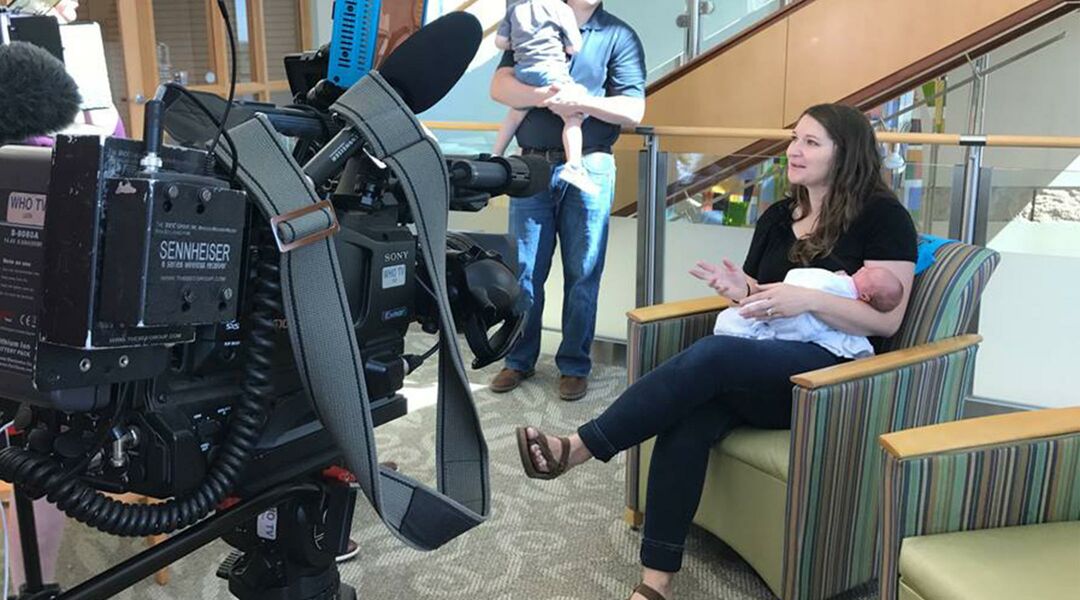 We’re willing to bet you have several apps on your phone right now to help get you through pregnancy. From The Bump app to name-choosing apps, most of the tools you need are a tap away. But one Iowa mom is crediting an app designed specifically for kick counts with more than just making pregnancy easier: it helped save her baby’s life.

Emily Eekhoff used the Count the Kicks app throughout her third trimester to monitor her baby’s movement. The American Congress of Obstetricians and Gynecologists (ACOG) recommends keeping tabs on baby’s movement from week 28, timing how long it takes to feel 10 kicks, flutters or rolls. While every pregnancy is different, ideally, you’ll hit 10 in somewhere between 30 minutes and two hours. At week 33, Eekhoff was used to feeling 10 in about 10 minutes, and was keeping track on her app. So when she noticed a sudden lack of activity, she wondered if something could be wrong.

“Even the kicks I felt were soft, subtle—not normal,” Eekhoff tells The Des Moines Register, explaining she didn’t feel many kicks at all.

She headed to the hospital, where tests confirmed her baby was in distress. When her daughter, Ruby, was delivered via emergency c-section, the umbilical cord was wrapped around her neck three times. If Eekhoff had waited even a day later to go to the hospital, she may have lost the baby, according to her doctors. This isn’t the first time Eekhoff has used the Count the Kicks app. She used it during her first pregnancy with her son, Liam. But as she shared her story this time around, she learned it was actually created by five Iowa moms of stillborns, including Iowa state Senator Janet Petersen. The app launched in 2009. Since 2012, the state has seen a 26 percent decline in stillbirths.

Stillbirths affect less than 1 percent of all pregnancies, or about 24,000 babies each year in the US. Executive Director of Count the Kicks, Emily Price, hopes to scale the success they’ve seen in Iowa nationwide.

“If we can reduce the entire country’s stillbirth rate by 26 percent, as we’ve done here in Iowa, we will save more than 6,000 babies every single year,” she says. “That’s 6,000 families who will have been saved from the heartache of losing their child.”

As for the Eekhoff family, they’re doing just fine. Baby Ruby is healthy after 20 days in the NICU. In fact, she slept through the entire press conference about her.