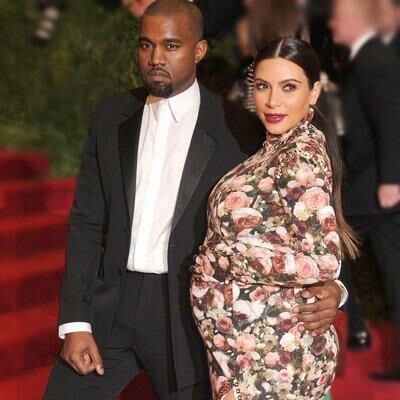 The wait is over! According to a source close to the reality TV star, earlier this morning  Kim Kardashian  and her beau,  Kanye West , became parents, welcoming a baby girlinto the world! No word yet on baby’s name, but the starlet did drop a few baby name hints throughout her pregnancy.

Baby girl West arrived slightly ahead of schedule (fashionably early?!) — Kim reportedly wasn’t due until July. Unlike all the other reports, People confirmed that proud new daddy Kanye was by his doting girlfriend’s side throughout delivery and was there to meet his little princess as soon as she arrived.

Baby girl, whose name has yet to be revealed, was reportedly born at Cedar-Sinai Medical Center in West Hollywood and made her debut just in time for daddy to celebrate his first Father’s Day. In true Kardashian fashion, baby’s birth wasn’t without drama. According to _Us Weekly, _a hospital source revealed that baby was " five weeks early. Kim got sick last night and had the baby early." Thankfully, the source added, “They’re all doing great and amazing!” Reports made by TMZ  say that Kim delivered baby girl naturally. Her contractions began Friday night.

Chances are that due to baby’s early birth, she’ll be in the NICU so that doctors can ensure her health and keep a close eye on Kardashian’s precious new cargo. While preemie babies do face some health and developmental risks, it’s way too early to jump to any conclusions. From the looks of it, though, it sounds like baby KimYe is doing just fine in the real world!

And while the gossip sites work to hammer out the details on just how Kim delivered, we’re floored to hear that both mom and baby are doing well! Congratulations to the new parents, the entire Kardashian-West clan — we can’t wait to meet your little diva!

What do you think Kim and Kanye named their little girl?