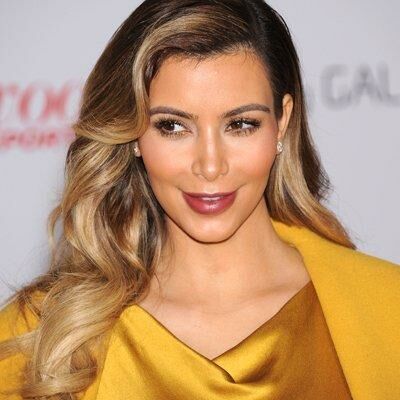 Just two days after welcoming her first child with boyfriend, Kanye West , the rumor mill is abuzz with name predictions for Kim Kardashian’s baby girl! A source close to Kardashian and her beau, West, leaked to E! News that baby girl’s name would " start with a K" — but that’s not all. Early reports suggest that baby girl West looks just like her mama! The source, who blabbed only to E! News, told the entertainment network that though baby girl will take on her daddy’s last name,  she is definitely a Kardashian, saying, “She had dark hair. She looks just like Kim!” And I don’t know about y’all, but I literally can’t wait to meet her! All kidding aside, Kim is a breathtakingly beautiful woman, so it’s all the more exciting that her daughter would take after her in appearance.

Even though Kardashian went into labor five weeks before her due date, Khloe tweeted to fans and well wishers that both mommy and baby are happy and healthy, tweeting, “I can not even begin 2describe the miracle that is now apart of our family. Mommy/baby are healthy &resting. We appreciate all of the love. More info will come when the time is right! Thank you all for understanding! We love you all dearly! Overwhelmed with love right now.” The momager of the bunch — and three-time grandma! — Kris Jenner was absolutely glowing at the Daytime Emmy Awards, where she gushed, "“We are all good and extremely happy and thrilled for the new baby. [The baby] is doing great and beautiful. So very exciting.” What’s more, according to HollywoodLife.com, a source close to Kanye exlusively told the site that Yeezy is on board for a K-name, too, saying, “All I know is that they’re going to name it something with a K.”

People reports that baby girl’s middle name could be Donda in honor of Kanye’s late mother, which would be a beuatiful mix of the two families — a little something to keep the Kardashian naming tradition alive while at the same time keeping a piece of Kanye’s mom with baby forever. If that’s the route they choose to go, I think it’s absolutely heartwarming.

Now, back to baby’s rumored name. Because the entire Kardashian Kamp is on lock-down when it comes to Kim’s delivery and name details, we took matters into our own hands. Assuming that Kim and Kanye did settle on a K-inspired moniker to match their own, here are our top picks for baby girl West:

Kassel — inspired by a city in Germany, because much of the reality TV star’s pregnancy was spent abroad

Kala — inspired by Kalamata, a city in Greece where Kardashian and her family traveled to during her pregnancy on a family vaction

Any ideas what Kimye named their baby?