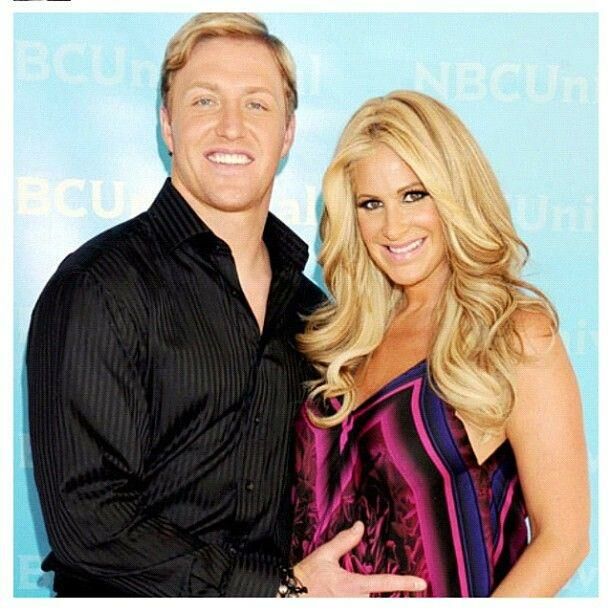 On Wednesday, The Real Housewives of Atlanta star Kim Zolciak announced the birth of her second son, Kash Kade Bierman. In a tweet, the reality start confirmed that she and the baby are doing great.

This is the second child for Zolciak and her husband,  Atlanta Falcons defensive end Kroy Biermann. Kash’s birth comes about a year after the birth of the couple’s first son, Kroy Jr. Zolciak also has two daughters, Brielle, 15, and Arianna, 10, from a previous relationship.

The entire family tweeted their joy over the baby. Bierman wrote: “I’m so happy to announce that today we, @kimzolciak and I, welcomed our 2nd son Kash Kade, Mommy and baby are doing great!” Third-time big sister Brielle also shared the news: “BABY KASH KADE IS FINALLY HERE!:)”

What do you think of the baby’s name?