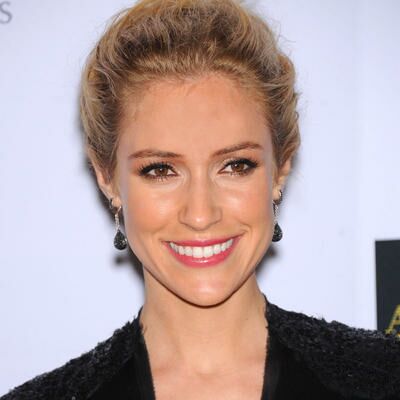 Do you think you could keep baby’s sex a surprise from the rest of the family?  Kristin Cavallari does! The two-time mama-to-be announced a few weeks ago that she and her husband, Jay Cutler , were expanding their broad — and now, she just revealed that they’re planing to make everybody wait on baby’s sex. (Celebrities: all the power, no remorse!)

The doting parents to 14-month-old Camden haven’t found out what they’re having just yet, but when the time comes, they’re not going to share. “We’re going to find out, but we’re not going to tell anybody, so it will be a surprise for everybody else!,” she told People. Kristin says that they’d be happy with either sex, although she does admit that a little girl would be great. She said, “Of course I want a little girl, but another boy would be a ton of fun too, so I really don’t care either way. There’s great things about both.”

We asked moms-to-be if they’re keeping baby’s sex a surprise, and here’s what they said:

“Our main reason for not telling though was because we wanted it to be a surprise for family and friends.” — Tricia C.

“I was confident I could keep the secret. But I was worried that my husband would accidentally give it away by his reaction when people asked.” — Nicole H.

“Honestly, I think it’s a little strange if you know and keep it a secret. I mean, I’m sure your loved ones will be excited either way.  I just don’t see the point.” — Rachel S.

“I would never be able to keep it a secret! I’m too excited to tell everyone!” — Anna M.

“I think it would be hard. I couldn’t imagine not telling anyone. I love that people know we are having a girl and can buy the cute girlie clothes.” — Grace B.

“We kept it to ourselves for 8 weeks before sharing. We also kept the name a secret until our daughter was born, which we felt was way more exciting!” — Sasha W.

“I’m just a few weeks pregnant and I like the idea of keeping it a secret, but I would definitely slip up! I’m a vault about most things, but I’d totally trip up on a ‘he’ or ‘she’ in front of my mom and it would be all over! So I totally could not trust myself to keep it inside. That being said, I’m not one of those “we are having a xxxxx, Squeeeeeee!!!” types. So if people want to know what I’m having, they will have to ask, since I’m not one to blast it everywhere.” — Abby C.

“It was nice to have a special secret that only we shared. We did not make a big deal out of the fact that we knew. We were very clear that we were keeping it a secret. We requested gender neutral stuff because we knew we wanted to have a second child. Another reason we kept it a secret is because there was a fair amount of pressure to have a girl. My son is the sixth grandson for my mother-in-law. I really did not want to hear about ‘poor mother-in-law’ with no granddaughters.” — Jacque B.

Are you keeping baby’s sex a surprise?