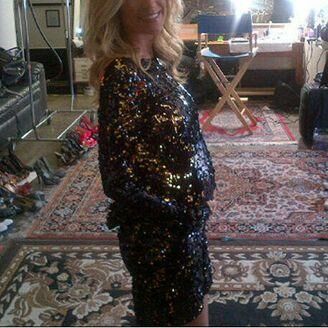 Oops! Looks like Kristin Cavallari’s fiancé Jay Cutler might want to tell his Chicago Bears teammates to keep their mouths shut. According to PEOPLE, the couple didn’t want to share their baby-to-be’s gender. But Jay’s Bears teammate, Earl Bennett spilled the beans on the Boers & Bernstein sports radio show in Chicago. He told the radio hosts, “He’s having a boy. I am excited for Jay. It’s a great time.” Doesn’t seem like a big deal to some, but most of us have specific ideas of how and when we want to share baby news.

It’s probably really common for this to happen now — especially with Facebook and Twitter. We’ve heard of friends of expecting mamas congratulating them on Facebook before they wanted all their online friends to know they were pregnant. Or what about future grandmas calling everyone in their address books, while the news was still supposed to be a secret? The list goes on and on.

Did someone else spill the beans on your pregnancy or on your baby’s gender? What did you do?