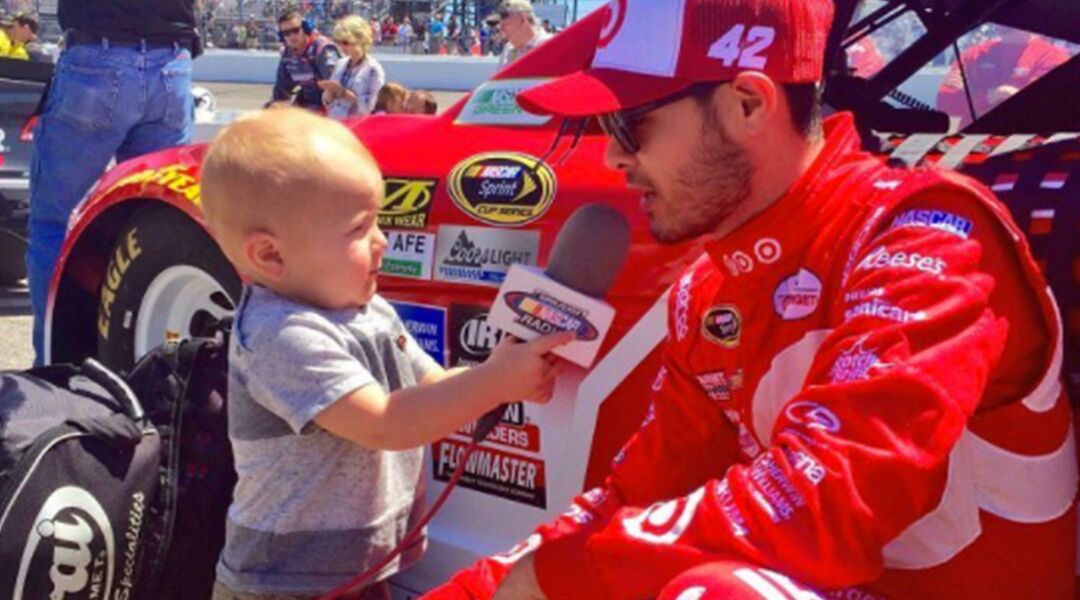 Being a dad is tough on its own. Adding a crazy work schedule that involves more than 30 weekends away from home makes it even more challenging. In honor of Father’s Day, here’s how I balance being a dad and a NASCAR driver in the third year of doing both.

People who aren’t NASCAR fans may not know this, but we’re at the racetrack all weekend, not just on the day of the race. We’re signing autographs, doing interviews and of course practicing and qualifying the car for the race. Because of that busy schedule, we travel with our families, so my 2-year-old, Owen, is with me every weekend. It’s not like that in every sport, or every job, but I’m happy that we’re able to do that. Every day is kind of like bring your kid to work day!

This makes it way easier to spend time with the little guy, even during busy stretches of the schedule. They grow up so fast, so it’s important to be with him every day, especially when things get crazy. Even if it’s just playing with him in our motor home, it makes the weekend go by faster.

Owen can’t read a clock yet, but he has a great sense of time. We hang out every morning on race weekends before practice and he’s started to pick up on when I have to go work. I don’t know if it’s seeing me get in my firesuit or what, but he rarely gets cranky when I leave and even tells me “Bye daddy. Good luck practice!”

Developing that rhythm helps make the most of our time together. It always stinks to leave him, but it’s easier for both of us when we have a bit of a schedule.

Whether it’s something small like Owen’s first “please” and “thank you” or bigger things like being potty trained (which he is now!), we try to celebrate those accomplishments. He copies everything we do, so he gets excited when we get excited.

I also love having him in the victory lane with me when we win a race. It makes the celebration that much better when I’ve got the trophy on one side and him on the other! He loves giving thumbs up or making a #1 sign. We’ve been fortunate to win a couple races recently, so he’s had more chances to throw up the #1!

A few of the other drivers have kids Owen’s age and he’s made fast friends that he sees often. Some tracks have a playground near the motor home lot so they’ll go there or bomb through the open areas on their strider bikes.

All the guys on our team are great with him, especially my crew chief, Chad. He’s constantly spoiling Owen with popsicles whenever it’s right before we race, so Owen lights up when he sees him. He loves being around people, whether they’re 3 or 30.

Last, but not least! Owen’s mom, Katelyn, is so great with him. I’m pretty busy and travel a lot, so her taking care of him is a huge job. He can get hyper and tough to control, but those mom instincts kick in and she handles him really well. I’d be lost without her!

With Owen getting more independent and talking more, this season has been great. I love having him around all the time.