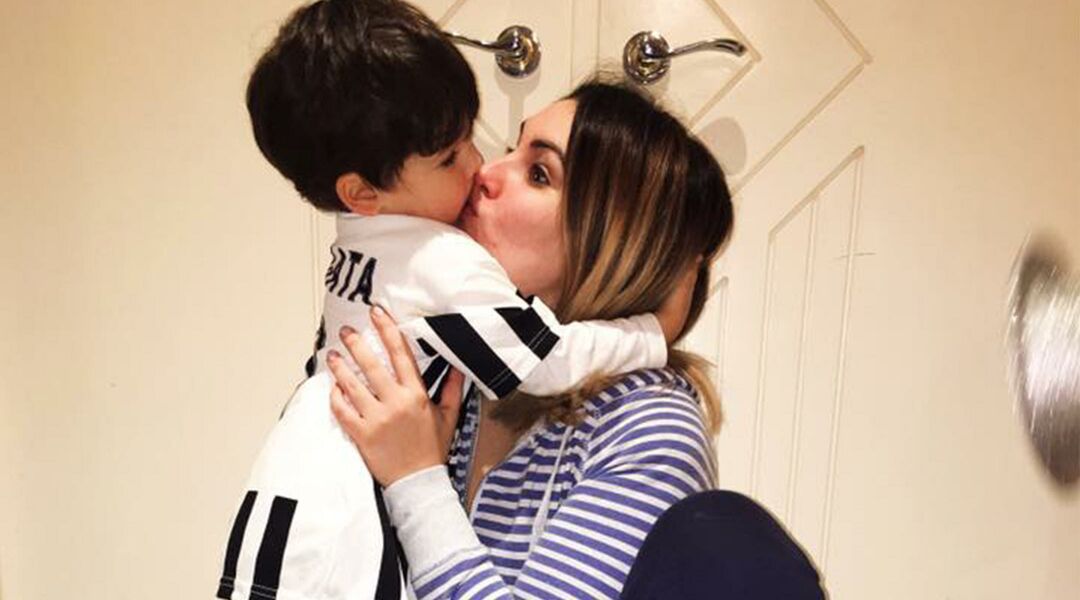 Laura Mazza reminds us you can never know everything about a mom.
PUBLISHED ON 06/21/2017

Australian blogger Laura Mazza of Mum on the Run says all the things you’re thinking. She talks about mom guilt, she laments the nonexistence of “me time” and she’s telling you to (literally) grab your sex life by the balls. In a recent post, though, she’s outdone herself, tackling nearly every controversial parenting problem head on. Her message? Stop judging other moms.

“Don't judge me,” she writes on Facebook. “If I complain about my children, don't say I don't love them. If I say how perfect they are, don't tell me I'm too braggy. You don't see the hours I spend holding and loving them. If I'm honest about motherhood, don't say I'm ranting. You didn't see how many years I couldn't tell anyone how I felt because I was afraid.”

From there, Mazza speaks on behalf of other moms, calling to end the judgment. In each scenario, she reminds us you never know someone’s whole story.

“Don't judge the mother who breastfeeds in public. You don't know if today was the day she finally got the confidence to do it. You don't know how hard she's worked to keep that breastfeeding going. Don't belittle the act of a mother feeding her baby.”

“Don't judge the mother who tells off her kids in public. You don't know if she's the most patient woman in the world. You don't know that she is always gentle but today she lost her shit because she's tired and worn out. Don't call her a bad parent when you don't see all she does.”

“Don't judge the mother on her phone. You don't know if she's replying to important work emails. Working from her phone, looking up recipes that her kids will eat for dinner or talking to her mum who lives a million miles away. Don't judge the mum who works; she's making a living for her child.”

“Don't judge the single mum. She’s doing fine on her own and is doing the job of both parents . She left a bad relationship, she stood up for herself, she's a role model to her children.”

“Don't judge the mother who hasn't lost her ‘baby weight.’ She's spent the year healing from birth, mentally and physically. Now isn't the time for her to give up cake and eat kale.”

“Don't judge the mother eating fast food with her kids. You don't know that she's too exhausted to cook, that she wanted to keep her kids happy and get out of the house for a treat. You don't know her struggles. She could grow an organic vegetable farm for all you know.”

With nearly 3,000 shares on Facebook, it seems like Mazza’s message is resonating. Every parent has a story. And while Mazza offers perspective for strangers who truly don’t know a mom’s story, unfortunately, the people criticizing moms are often the people closest to them. A new study on mom shaming found that for most moms—37 pecent—their own parents were their biggest sources of criticism. Coming in at a close second? Their partners.

So what can you actually do to help? Mazza has a few suggestions.

“Rather than judging, lend a smile to her, cut up her food when she breastfeeds, warm up the kettle for her formula, reassure her in her struggles and praise her victories, she says. “And remember before you criticize, accuse or abuse, you have to walk a mile in her shoes.”