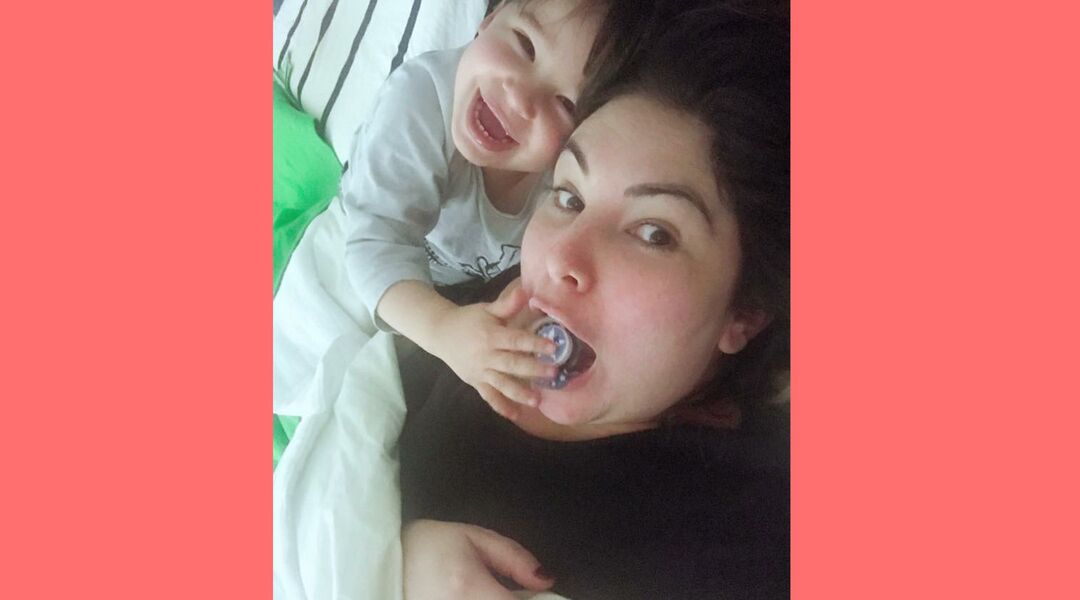 Feel like your pacifier-obsessed toddler could use an intervention? Blogger Laura Mazza is calling for the help of Dr. Phil. Like you, she’s tried everything to wean her 3-year-old son from his paci. And like you, she doesn’t know how this “addiction” got to this point.

“Dear Dr. Phil, I want to talk about a problem that is affecting my family. Well, it’s affecting my son which in turn is affecting our family,” Mazza writes on Facebook. “My son has an addiction. His addiction? The pacifier.”

“As a professional and parent, you’re thinking, how could she let this happen? How could she let it get this far?” she says. “Well the truth is, I didn’t know. It started off innocent—a few sucks here, few sucks there. It was mainly because he was addicted to breastfeeding and it helped him sleep. I thought it was just harmless, I mean all the kids were doing it right?”

Quitting cold turkey isn’t working because Mazza can’t stand the cries. He’s so far gone that not even a threat from Santa will help.

“People notice, they see him, the track marks around his mouth from the suction of the dummy, they know what he’s on,” she says. “It’s embarrassing. It’s worse when we are in public and I try to hide it from him, try to tell the world he doesn’t have this addiction, but he can sniff it out…he knows I’m always carrying in case he slips up.”

She ends with a desperate plea:

“Please Phil, give me some advice. I want to see my son smile again, and really smile, not with plastic covering it, but really see his teeth.”

Dr. Phil probably won’t be coming to the rescue here. But other parents are offering advice in the comments.

The first tip is the hardest:

Another suggests tinkering with the tips.

“We cut the tip off my daughter’s pacifier. It definitely doesn’t work the same after that. She said it was broken and after a couple of rough nights, she no longer put it in her mouth. But she still needed to hold it, which I was okay with!”

And this last one? A little reminder that briber can work.

“I bribed my 2-year-old. I said for every pacifier you throw in the trash you get a sucker. He tossed them one by one and we watched the trash man take them away. At nap time he wanted his binky. He was a little upset but went to sleep and was fine then on. He ate his suckers in a day in a half. He was perfectly fine.”

How to Night Wean Baby