Mom Farts During Yoga Class and Lives to Tell the Tale

She's letting it slip. The story, that is.
ByAnisa Arsenault
Associate Editor
PublishedJul 2017 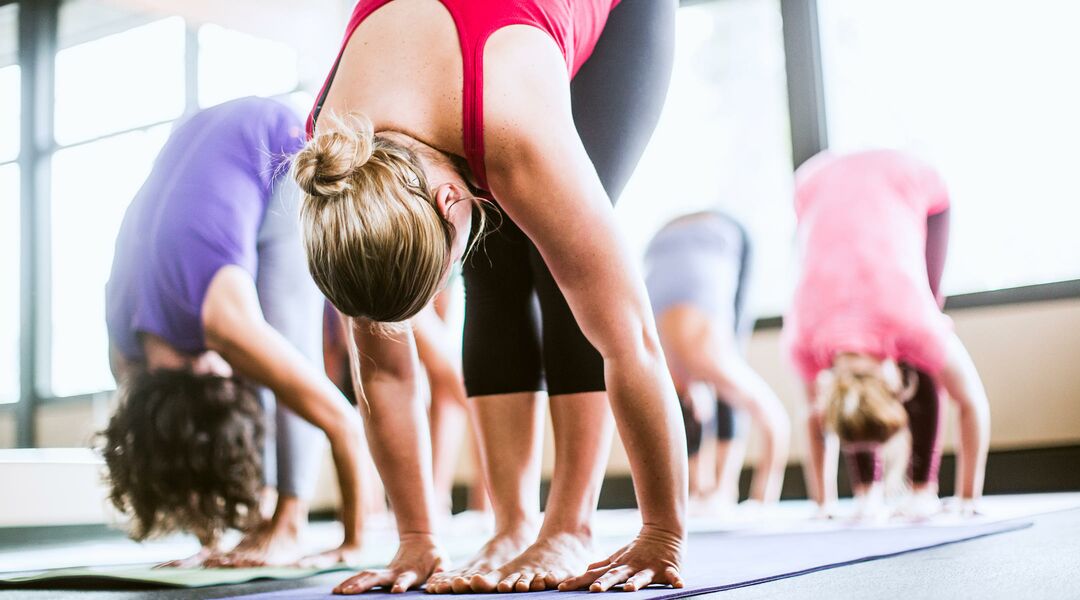 Before we dive in, know that this is not a success story. One mom’s foray into postpartum yoga didn’t exactly go according to plan. But she’s sharing her story because we all need a laugh sometimes.

“I’m never ever ever EVER doing yoga again,” writes Laura Mazza, the blogger behind Mum on the Run.

The mom of two explains it was her first time practicing yoga, and her only goal for the class was to remain unnoticed. She decided to give it a go because of muscle separation caused by pregnancy—a condition called diastasis recti. Your expanding uterus can cause the connective tissue of your “six pack” muscles to split open, which actually isn’t particularly painful. But the resulting lack of core strength can cause low back pain. As in Mazza’s case, the condition can linger after pregnancy and requires strengthening exercises to correct.

“Having kids separated my abdominal wall like Moses parting the Red Sea,” she says. “Yeah—it’s not good. And my stomach kind of points out like a cone. So you know, I am trying to get fitter and fix it. It was suggested by a physio [sic] to try yoga.”

“We started doing these random positions, moving into the upward-facing dog, and I feel a nice crack in my back, thinking, ‘I can do this…I totally love yoga. I am a yoga girl!’ Look at me, so fit right now.” Then came downward-facing dog.

“That’s when I started to feel my guts,” Mazza says. “For the past few weeks I have had IBS symptoms like something crazy. My farts stink like something mixed between a rotten egg and an incineration plant. And somewhere between the dolphin position and the three-legged dog, two of those burning garbage eggs slip out and I fart. I farted. I farted at yoga. I’m a walking cliche. My pelvic floor has failed me.”

She says that, while mortified, she took comfort in the fact they were quiet.

“The teacher then came around and pushed everyone down lower…I thought, ‘Oh good, gonna get a nice crack in my back again.’ I hold in my butthole nice and tight to make sure no farts escape again. She comes over…pushes my back down…And buuuuuuuuuurrppppfffffff. The loudest trumpet comes out of my ass.”

“I got up, attempted to roll up my yoga mat but couldn’t do it, so I just kind of chucked it to the side and grabbed my shoes and socks and my bag all in my arms and basically bolted out the door,” Mazza says.

There you have it. Whether you’re a mom or not, being a first-timer in a fitness class usually involves its fair share of mishaps. While we’d encourage Mazza to get back in the saddle, we also feel for her. May we suggest 10 exercises to do with baby from the comfort of her own home?