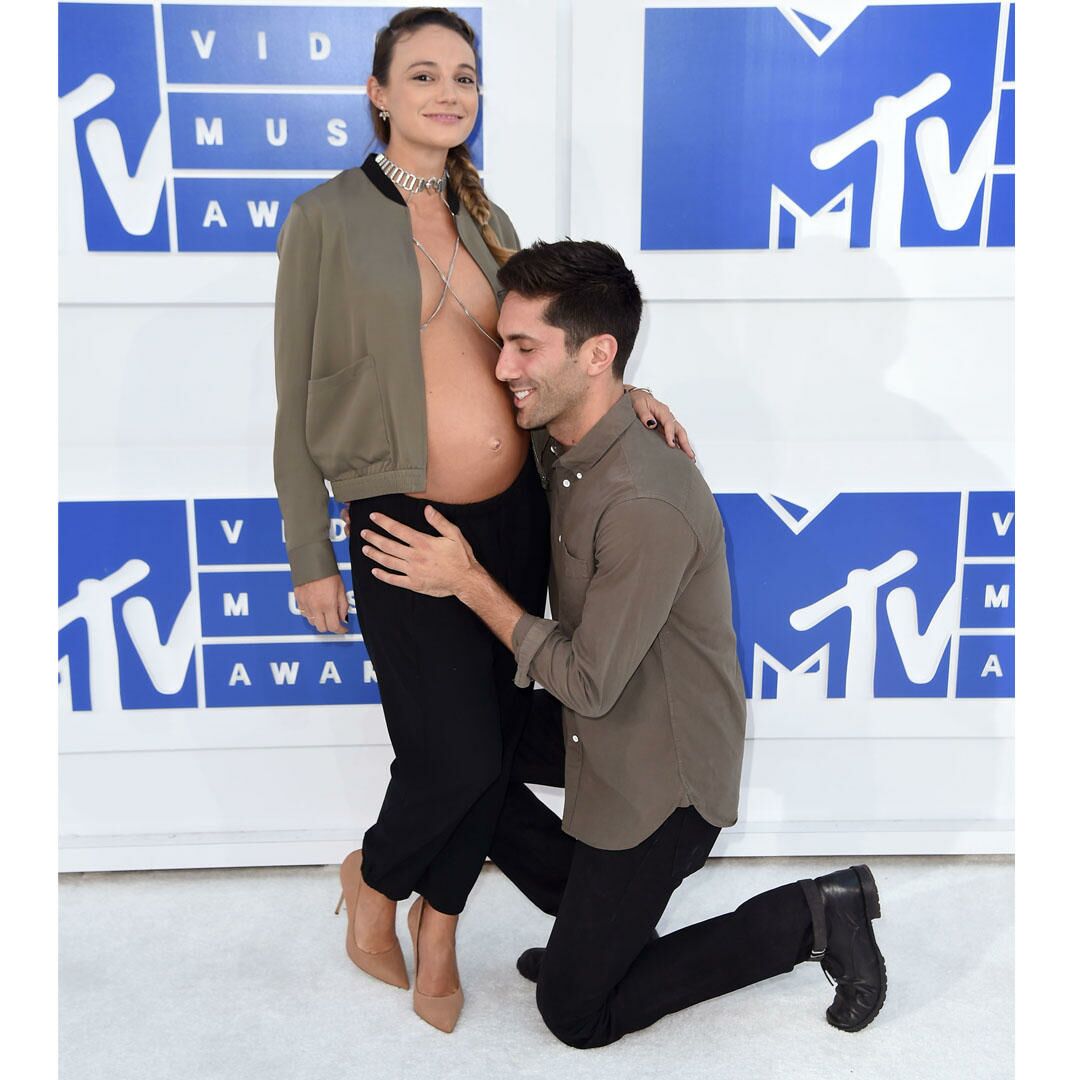 There’s so much we could dwell on from the VMAs: Kanye West’s diatribe; the impending love affair that is Drake and Rihanna; the list goes on and on. But it’s not a presenter or performer who’s stealing the show. For the second day in a row, Laura Perlongo—the fiancee of Catfish’s Nev Schulman, is making headlines for her shirtless, bump-baring ensemble. And now, she’s defending her white carpet look.

“When it came to choosing an outfit for [Sunday] night, I wasn’t feeling the pregnancy options that were out there—they made me feel like a big blob or were tight and constricting,” Perlongo tells ATTN. “They made me feel more self-conscious than just being myself and wearing my skin. And yeah, I wanted to rep my fellow pregnant ladies.”

Describing most of the feedback as positive, Perlongo name drops a particular celeb who gave her approval. “Kim Kardashian loved it,” she says. “Other pregnant women and women with children came up to me with praise and congratulations throughout the night. Good vibes all around. I don’t regret the decision at all.”

Perlongo’s own Instagram post highlighted that reactions weren’t entirely positive. “To be fair, I did find my tan line offensive,” she jokingly captioned a photo of herself and Schulman in their seats at the awards show.

Per usual, most of the criticism was on social media, where commenters voiced a range of opinions, from “Makes me think of a ‘flasher’ in a trench coat” to “No. Just no. Bless her heart. But no.”

A comment from Perlongo’s Instagram, however, brings the positive flipside to light: “She’s teaching girls that you can embrace your sexuality without being a sexual object; also that no one should get offended by a baby bump. You shouldn’t have to cover yourself to be respected. I have mad respect for her having the courage to do this.”

That’s precisely the message Perlongo intended to send. Read the rest of her interview with ATTN here.

The 28 Best Maternity and Nursing Bras for Every Need

12 Sexy Maternity Dresses, ‘Cause Mama’s Still Got It

From Bump to Baby

How to Find Comfortable Maternity Clothes?

What Workout Clothes to Wear When You're Pregnant