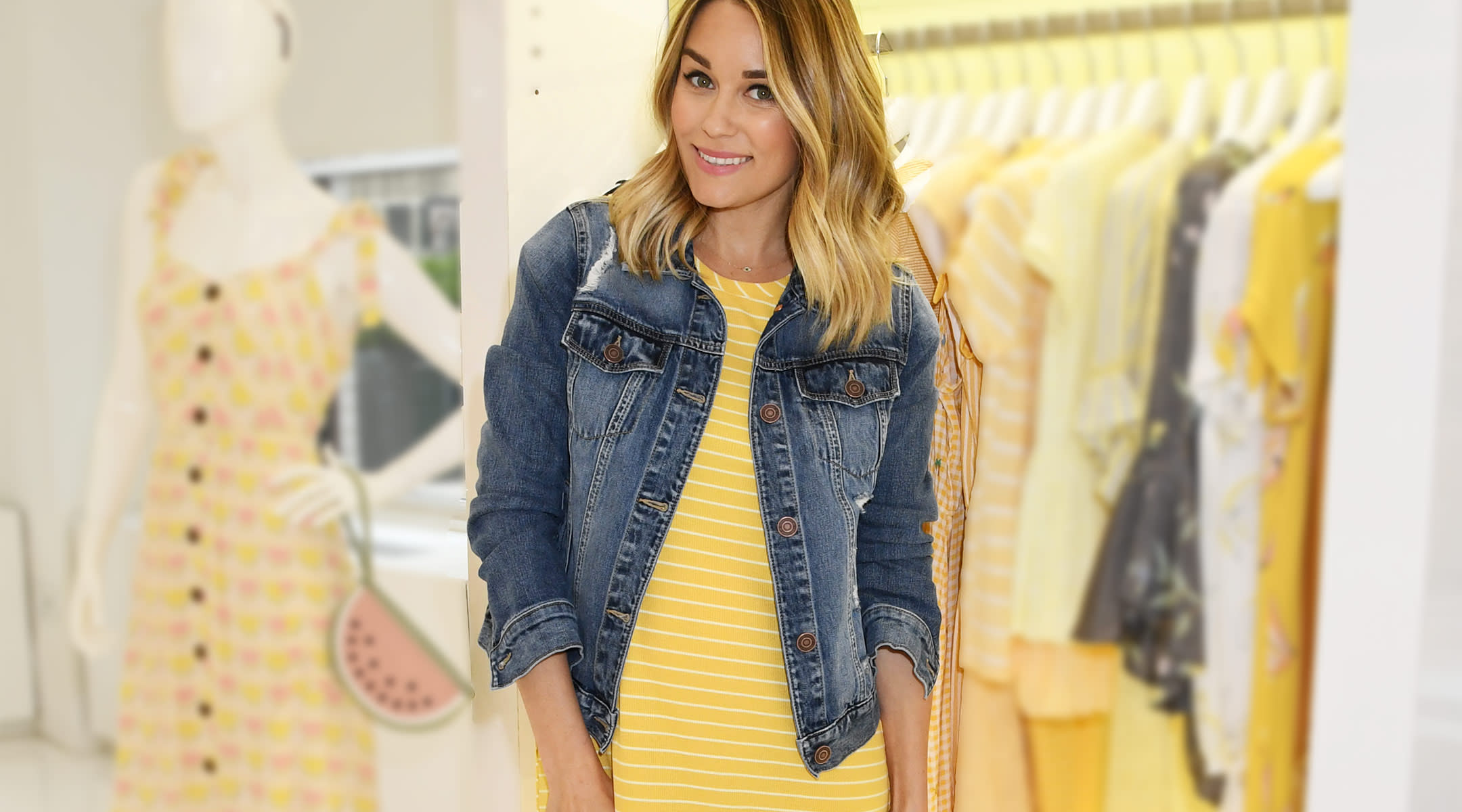 Lifestyle pundit and The Hills actress Lauren Conrad took to Instagram yesterday to announce the arrival of her second son, Charlie Wolf Tell, and her post was the sweetest.

To welcome baby #2, Conrad shared a family portrait she hand-painted (her artistic skills are next-level), featuring herself holding baby Charlie, her husband William Tell, their two dogs and their 2-year-old son Liam James Tell, whose shown holding a sign that reads, “It’s a boy!”

The post already has thousands of comments congratulating the mom of two. “Biggest congrats Momma!” wrote one follower, while another commented, “Congratulations! Lovely name, beautiful picture.” Yet another follower said, “Congrats and that’s the cutest announcement ever.”

Conrad knew she wanted to have another baby a month after Liam was born. She told PEOPLE, “I was looking at him the other day and I was like, ‘I understand now why people keep having babies!’ We’ll probably have two. I think it’s best not to be outnumbered.”

But motherhood had its initial challenges for Conrad. She opened up about her difficulties with breastfeeding in an episode of her podcast Lauren Conrad: Asking for a Friend and how the experience was the “most difficult part of becoming a new mother.”

Despite her initial challenges, Conrad has proven herself to be an amazing mom, and happily set about preparing Liam for his younger brother. In an interview with PEOPLE this past August, she said she had bought books and a baby doll to help her son grasp the concept. “He’s very smart, and I think he sort of understands what’s going on,” she said in the interview, adding that it was definitely harder to be pregnant while trying to keep an eye on a 2-year-old. “Especially now that I’m a lot bigger, it’s harder to pick him up.”

Conrad first announced her second pregnancy on her Instagram back in April, with an image that showed off her growing stomach. In the caption, she wrote, “It’s been hard to keep this one to myself! Very excited to share that our family will be getting a little bigger this year.”

Congrats to the new family of four!