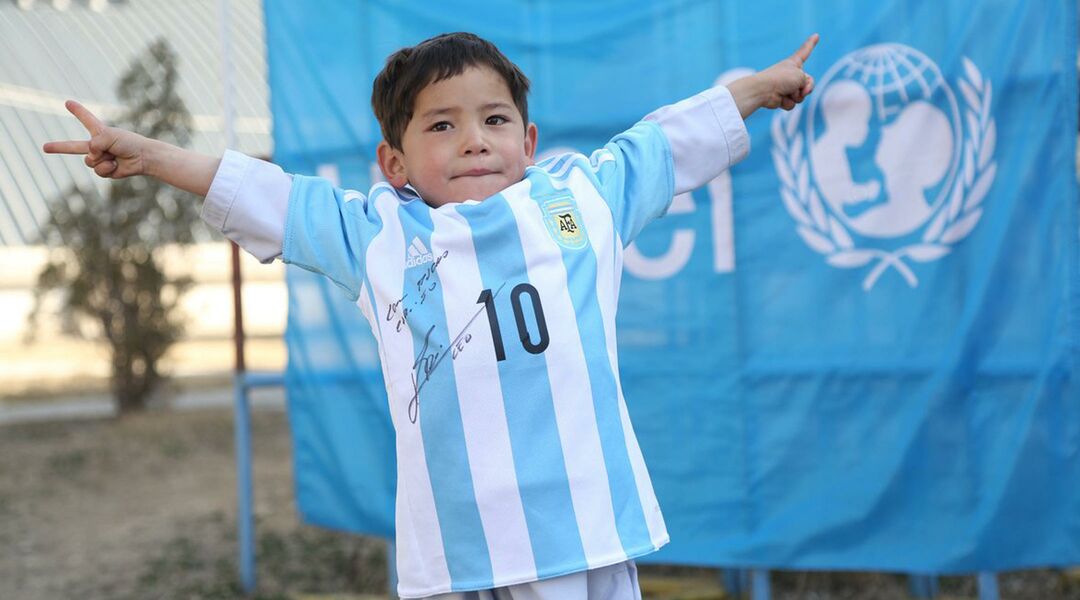 Soccer fans are an especially passionate breed. And that holds true regardless of age, location and circumstance. Last month, the world met 5-year-old Murtaza Ahmadi, an Afghan boy and Lionel Messi superfan who went viral for his homemade Messi jersey. And this week, Ahmadi received a special gift from Messi–the FC Barcelona and Argentina national team forward—himself.

NBC News reports Ahmadi is from a poor family who lives in the Jaghori district of Afghanistan. Unable to get an official Messi jersey of his own, his brother created one for him with a plastic bag and magic markers. Photos quickly went viral.

Sure enough, Messi, who is also a UNICEF ambassador, caught wind of his mini-me. He sent a soccer ball and signed Argentinian and FC Barcelona shirts to the UNICEF office in Kabul, where Ahmadi and his family traveled to pick them up.

A meeting between the boy and the soccer star is in the works. But in the meantime, CBS News says Ahmad has this message for Messi:

"I love Messi and my shirt says Messi loves me."