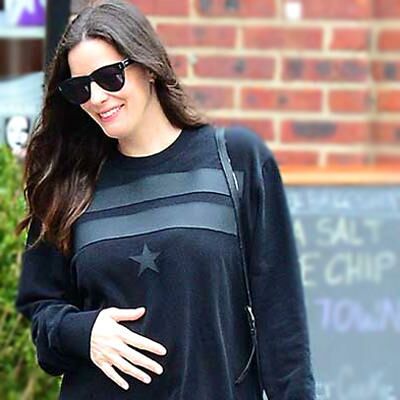 Liv Tyler literally has a bun in the oven.

Taking a page out of the Jessica Simpson pregnancy play book, the expectant actress confirmed her pregnancy with her adorable Halloween costume on Oct. 29, dressed as a “bun in the oven,” complete with a shiny oven and large bun that went over her growing bump.

And the occasion? It was her nine-year-old son  Milo’s  school Halloween dance.

As reported, The Leftovers actress is expecting her second child with British sports agent Dave Gardner , one of David Beckham’s BFF. Milo is her son with former husband Royston Langdon.

Did you announce your pregnancy with a Halloween costume?