Exclusive: How a Lullaby Made Kimberly Henderson a YouTube Star 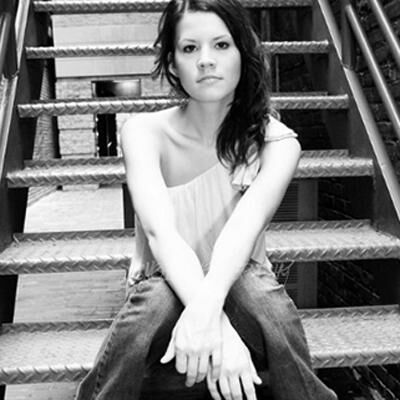 When Kimberly Henderson posted a video of her singing a cover of Whitney Houston’s “How Will I Know” on Youtube (a cover of the Sam Smith version, to be exact) as a lullaby to her baby girl, she never imagined it would turn her into an overnight sensation.

“I always look on YouTube for something instrumental to sing to my daughter,” the South Carolina mom tells The Bump of her nightly routine with her one-year-old daughter Vaida. “And that night in December, I decided to record myself. It just blew up on Facebook.”

That’s putting it mildly. The video, which Henderson captioned, “When baby girl wakes up we rock and sing songs in the kitchen at midnight,” was viewed nearly 5 million times on Facebook within 24 hours of posting.

The video continued to go viral and rumors of a record deal started flying. And it was Cosco Kids who helped Henderson take the next step. Henderson and Vaida had been involved in a serious car crash in October. Fortunately, a Cosco car seat saved her daughter’s life. The company had heard about Henderson’s accident — and her viral talent — and flew her out to Los Angeles to live out her musical potential. The result was the writing, recording and filming of a music video for " Tiny Hearts ," Henderson’s first original single.

The single is already being considered an “anthem” for young, single moms, which Henderson is embracing. “I think it’s great,” she says. “This song is 100 percent real. I wanted to have something for moms — especially single moms — to relate to. There aren’t any songs on the radio for us.”

And don’t expect her to feel stigmatized by the label of single mom. “Everything about being a single mom is empowering,” Henderson says. “Some of us get hidden in the shadows. Any mom works hard, but with single moms, you have a ton of responsibility on your shoulders. You’re the full-time parent., the good guy and the bad guy.”

And Henderson as a lot of responsibility on her shoulders; she’s a mom of four kids, ages 9, 8, 5 and 1.

“My older girls are so supportive,” she says. “I’ve always wanted to sing. Now that it’s happened I’m really taking advantage of it,” says Henderson. “I’ve been singing since I was two years old,” she says.