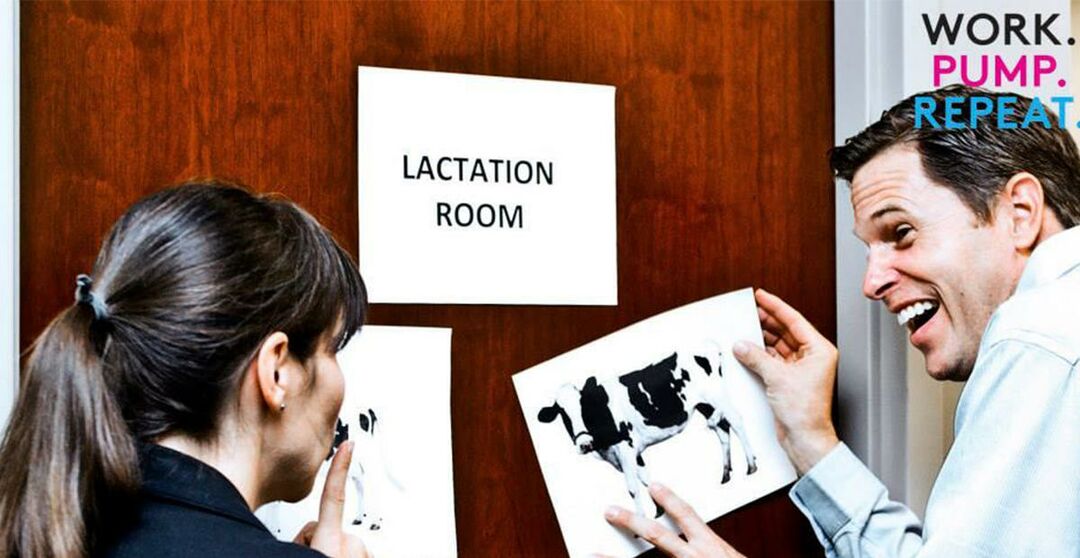 Nobody said pumping at work was going to be a walk in the park. But now nursing moms have a new challenge on their hands: their male coworkers.

Under the Affordable Care Act, employers are required to provide a place, other than a bathroom, for employees to express breast milk without disruption from coworkers. (It’s worth noting, however, that this only applies to companies with over 50 employees, and only to hourly wage earners and federal employees; when it comes to salaried and non-federal employees, they’re at the mercy of state laws.) That private, disruption-free area might make the perfect place for a quick phone call when meeting rooms are booked. But it seems the lactation room abuse extends further than that—and it’s happening at companies most of us consider to be at the forefront of innovation.

This week, Arianna Huffington, who serves on the board of Uber, let it slip that Uber CEO Travis Kalanick uses his company’s lactation room to meditate.

“Literally, it was an amazing moment last week when we were in the office and he said, ‘I really need to go meditate in order to be in a place to make good decisions right now,’” Huffington said at the CNBC iCONIC conference on Wednesday. “And literally [he] went into a lactation room that happened to be open because they don’t have meditation rooms yet.”

While Huffington used this anecdote to highlight her latest project, the health-centric start-up Thrive Global, the takeaway that Kalanick was meditating in the lactation room didn’t help improve his embattled image or that of Uber’s as a company that is rampantly unwelcoming towards women. Unfortunately, Uber isn’t the only company where lactation rooms are used by a host of individuals who are not nursing mothers. The Guardian reports several incidents of working moms walking in on some awkward situations at other companies.

“I have walked in on an exec having sex with an intern in the lactation room,” one female tech employee said.

Another woman working at a startup recalled how her CEO would take naps in the space and laugh it off afterwards.

“I had to wake him numerous times, which was humiliating,” she says. “Once he told me: ‘I need another 15 minutes.’”

The list goes on and on. Lactation rooms are commandeered for illness, meetings, divorce settlements. And as The Bump users report, the culprits aren’t only guys.

“For the last four months, at least twice a day, I walk down to find the room occupied and the door locked. Usually, I’ll be patient and wait for a few minutes before I knock and ask the person to leave. Recently, the same person has been in there every day, sleeping for at least an hour! When I knocked again today (after waiting 25 minutes with no response), the girl opens the door looking half asleep and pretty annoyed that I interrupted her nap.”

If you’re having major problems pumping at work, don’t hesitate to talk to HR. And if the problem is at a higher level than an inconsiderate co-worker, know you can submit a formal complaint with the Department of Labor.

In the meantime, here’s the pumping at work etiquette guide you wish you could distribute to your colleagues.