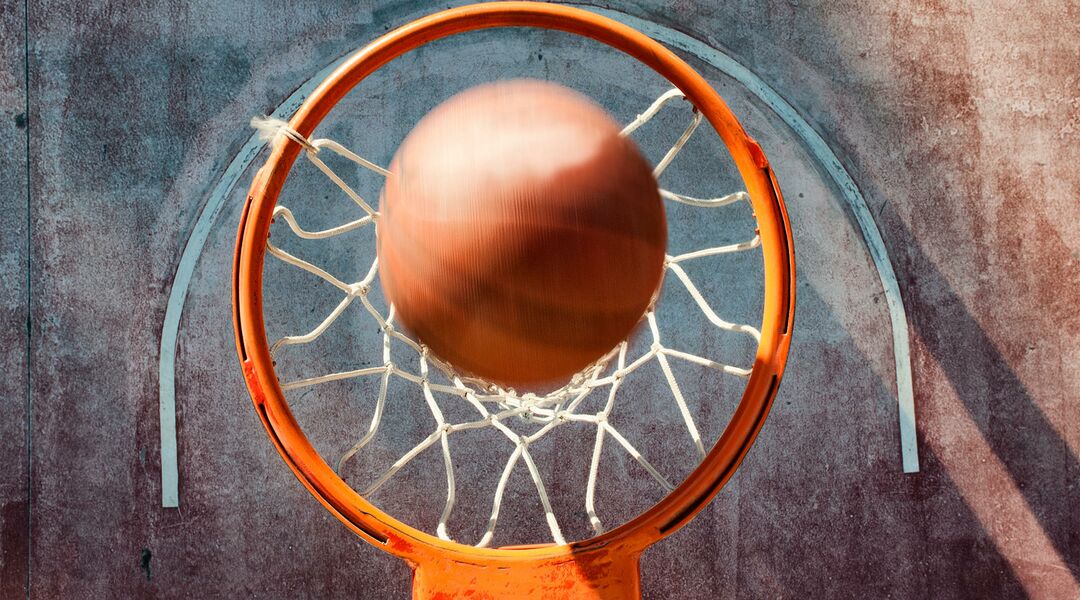 My husband and his father celebrate an annual tradition of attending the Final Four together. Two years ago, he left for their 13th straight trip, in Houston, just as the two of us were embarking on our 17th month of trying to get pregnant.

When you’ve been trying that long and that hard to make a baby, and your husband is about to spend four nights 938 miles away from your ovaries, you make a contingency plan. In this case, it involved my being prepared to pay an obscene amount of money to book a last-minute flight to Texas, then sending his father for a massage so we could use their joint hotel room for a little March Madness of our own.

Two years later, we have a little girl, and I am happy to say that her conception story does not involve a Marriott double bed, nor is she named after any of the Connecticut Huskies (although “Shabazz Goldman” does have a nice ring to it).

And just for fun, a little March Madness lingo :

Air ball: Sex that fails to result in pregnancy.

Benchwarmer: A husband forced to sit on a waiting room couch as the doctor inseminates his wife with his sperm.

Draft: The selection process during which your reproductive endocrinologist decides which embryo(s) to place in your uterus.

Dribble: The melted white progesterone goo that leaks out of your vagina during an IVF/injectable cycle.

Double dribble: The light blue combination progesterone/estrogen goo that leaks out of your vagina during an IVF/injectable cycle.

Layup: The post-coital act of lying in bed with your legs in the air in order to give those swimmers a gravitational edge.

Rebound: The period after a failed month of trying during which you psyche yourself back up to give it another go, often with the assistance of copious amounts of Pinot Grigio.

Shot clock: The timer that starts ticking the moment you give yourself your HCG trigger shot and ends with you lying with your legs in stirrups for an insemination or embryo transfer.

Three-point play: Putting in three embryos because at this point, you don’t even care if you get pregnant with triplets – you just want something to stick.

Triple-double: Double-digit figures in three categories of infertility treatment (Example: 14 months of trying on your own, 12 months of Clomid or injectables, 10 weeks of acupuncture)

Slam dunk : To get pregnant during your first IVF cycle.