Megan Fox Is Pregnant—And Looking for Some Healthy Snacks

The actress made an unexpected reveal while promoting her new movie.
ByAnisa Arsenault
Associate Editor
PublishedApr 2016 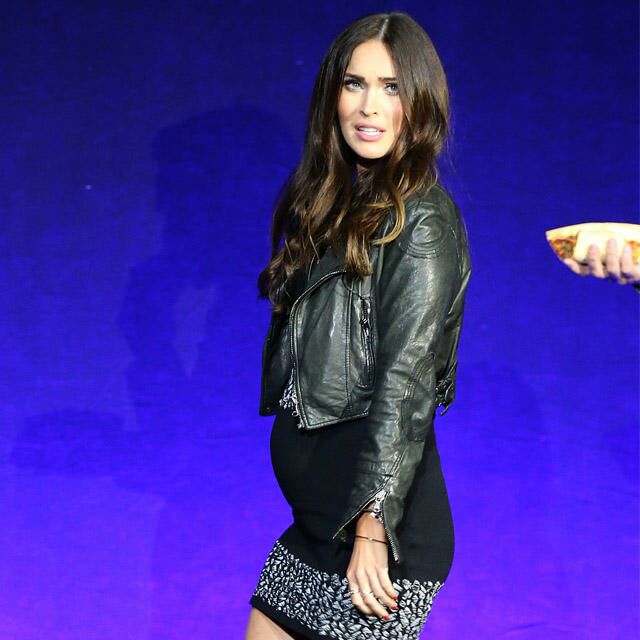 Megan Fox is expecting baby no. 3!

The Teenage Mutant Ninja Turtles actress surprised everyone on Monday night when she debuted her baby bump on the CinemaCon red carpet in Las Vegas. Fox, who didn’t comment on her relationship status, split from husband Brian Austin Green last year.

Fox, 29, is already mom to Noah Shannon, 3, and Bodhi Ransom, 2. And while chasing after two toddlers is no easy task, she’s also becoming a seasoned pro at filming action movies while pregnant. She spoke about the production of the first TMNT film with Ellen DeGeneres in 2014.

“[It’s] an action movie and requires a lot of running and jumping and stunts. Anyone that’s been pregnant knows your first trimester can be pretty rough and you’re nauseous all day long,” Fox said. "The producers would come see me in the morning in the makeup trailer and I would be clinging to a box of saltines. We kept pickles in the refrigerator for me and I was just constantly on the verge of vomiting.”

This time around? Fox says the food options on set weren’t much more substantial.

“There was no access to healthy food on the set so I ended up losing weight because I was hungry all the time,” she tells PEOPLE, addng that her go-to snack was a rice cake with almond butter.

You don’t have to be an A-lister to sympathize with Fox’s quest for a nutritious snack. Pregnancy only affords you about an extra 300 calories per day—and we know how to make those work for you. Check out these 18 nutritious and simple snacks, all around 300 calories or less.