And the soon-to-be-mom's reaction is just as sweet as you would expect.
ByStephanie Grassullo
Associate Editor
PublishedOct 2018 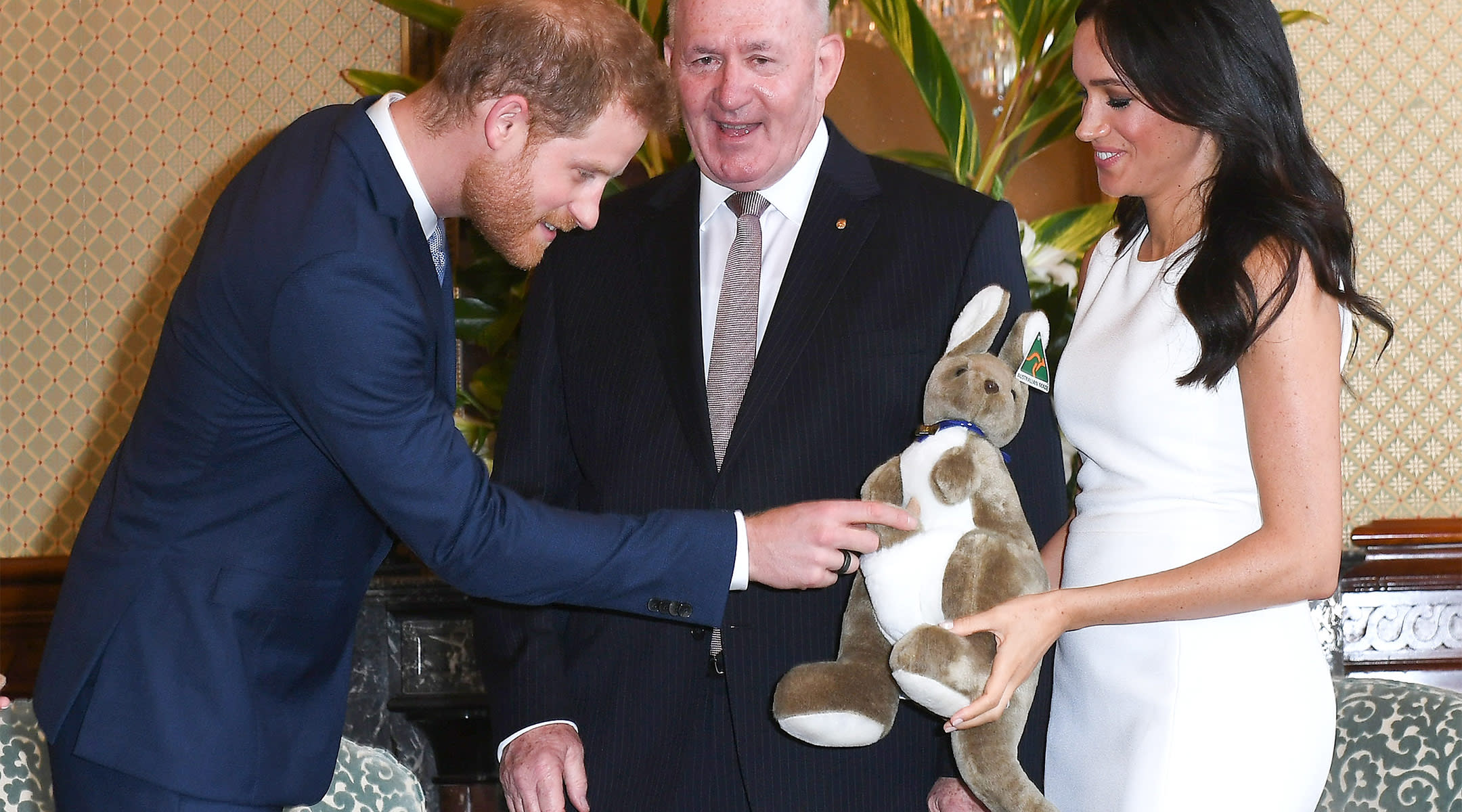 It’s only been a little over one day since Meghan Markle’s pregnancy was confirmed, but she and Prince Harry have already started to receive presents for their future little royal.

While the two attended a welcome reception in Sydney to kick off their first royal tour, the pair was presented with their first baby gift from Governor General Peter Cosgrove and his wife, Lady Lynne Cosgrove.

There’s now a fluffy stuffed kangaroo with a baby joey (of course!) and fleece Ugg booties waiting for the royal-baby-to-be’s arrival in the spring.

The gathering marked the first official outing for the Duke and Duchess of Sussex since the exciting news broke yesterday. And so far, it seems like the trip is off to a positive start.

“What an exciting time. I’ve been so happy,” the mom-to-be reportedly said to the crowds gathered to greet the Duchess on her first Aussie walkabout.

By the looks of it, Markle’s pregnancy glow is already shining through.