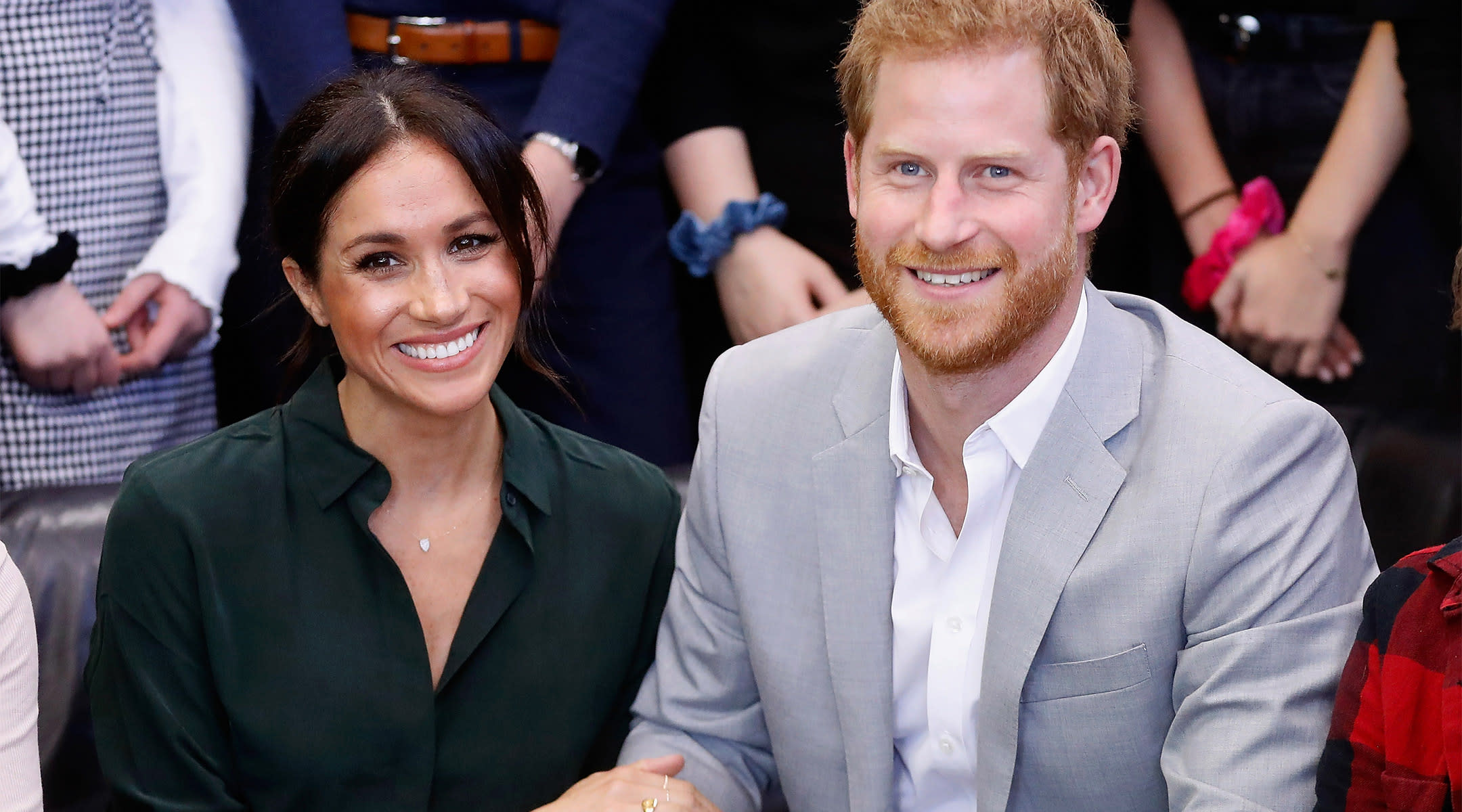 The Duke and Duchess of Sussex will welcome a baby in the spring!
PUBLISHED ON 10/15/2018

Prince Harry and Meghan Markle, the Duke and Duchess of Sussex, are expecting to welcome their first child in the spring. The news was announced by Kensington Palace this morning.

The baby news broke just as the two arrived in Sydney on Monday ahead of a 16-day tour of Australia and New Zealand.

"Their Royal Highnesses have appreciated all of the support they have received from people around the world since their wedding in May, and are delighted to be able to share this happy news with the public," says the official statement from the Kensington Palace Twitter account.

The Queen and other senior royals were told about the pregnancy on Friday, when the Royal Family celebrated Princess Eugenie's wedding in Windsor, BBC reports.

Markle has been surrounded by pregnancy rumors for the past few weeks, and is thought to currently be about 12 weeks pregnant. The baby will be a first cousin of Prince George, Princess Charlotte and Prince Louis, but will not be a prince or princess unless the Queen steps in ahead of the birth.

King George V limited titles within the royal family in 1917, meaning the Duke and Duchess of Sussex's first born is too far down the line of succession. Royal biographer Robert Hardman said the children will be lord and lady "like the children of any other duke." The baby will be seventh in line to the throne.

Many have raised concerns over whether or not it is safe for Markle to travel to regions in the Pacific that are at risk of Zika virus. Even though official medical advice says expectant mothers should steer clear, the Duchess is reportedly pressing on with the trip after seeking medical counsel and deciding it was safe to proceed.

"The Duke and Duchess sought medical advice about the risk of the Zika virus on the islands of Fiji and Tonga, and there will be no change to the planned schedule," a senior royal source tells the Daily Mirror.

The couple will make their first appearance on Tuesday in Sydney, where crowds are expected to gather to congratulate the soon-to-be-parents.