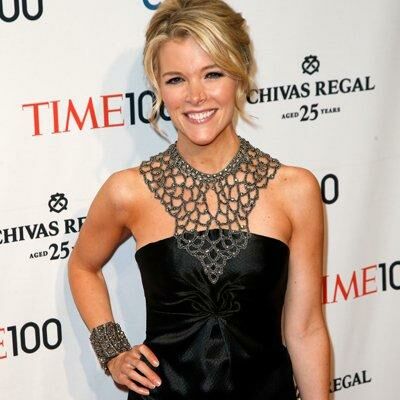 Megyn Kelly and her husband, Doug Brunt, deserve a serious high five. All politics aside, the three-time parents have some serious skills when it comes to choosing monikers for their kids.

Already parents to son Edward Yates and daughter Yardley Evans, the America Live host welcomed her third son into the world on Tuesday, July 23. They chose the name Thatcher Bray for their newest addition — and I absolutely love it! Not only does it go well with Edward (who actually goes by Yates) and Yardley, but it’s completely original, trendy but not too over-the-top, and it sounds cute on both a little boy and an adult.

The Fox News team announced the baby’s arrival on Friday, with host Shannon Bream saying on-air, “He has brown hair and blue eyes, he is gorgeous. Mom and Dad are thrilled and so is Thatcher’s big brother Yates and his big sister Yardley.” He weighed in at 8 lbs., 2 oz. and shares a birthday week with the royal baby! Bream said that according to Megyn, the family’s latest addition is “totally awesome”, and I can’t help but agree! It must be such an exciting time for the now family-of-five. Looks like Thatcher will have a big brother and a big sister to look after him.

Here’s the photo of baby Thatcher that mom and dad shared on Fox:

Isn’t he a dream?

So, where do you think Megyn and Doug got inspiration for their little guy’s name? Might’ve been from the former Prime Minister of the United Kingdom, Margaret Thatcher. With Kelly’s extensive background in law and impressive TV career, it seems like the Prime Minister might’ve been the motivation behind baby’s name. Margaret Thatcher was the longest-serving British Prime Minister (of the 20th century) and is still the only woman to have held office. Seems fitting, since Kelly is a powerhouse on TV, too, that baby Brunt would get a name that stems from strong female women. I think it’s awesome. Or maybe it came from the apple of Tom’s eye, Becky Thatcher, in _The Adventures of Huckleberry Finn. _My guess is that it’s not a nod to Thatcher Grey, a character on Grey’s Anatomy, but hey, a girl can dream.

Other baby names we love inspired by famous Prime Ministers and literary charcters?

Blaine — inspired by the novel This Side of Paradise

Darcy — inspired by the novel Pride and Prejudice

Bennet — inspired by the novel Pride and Prejudice

Scout — inspired by the novel To Kill a Mockingbird

Barnes — inspired by the novel The Sun Also Rises

What do you think of the name Thatcher? How d** id you choose your baby’s name?**