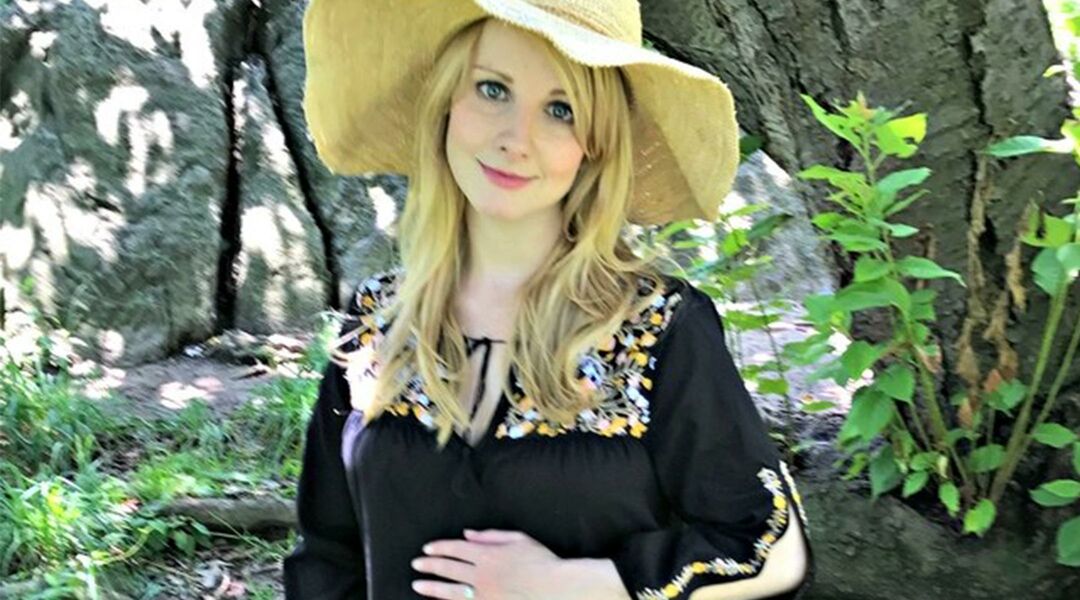 Pregnancy after loss brings a whole new set of emotions.
PUBLISHED ON 07/12/2017

We’ve seen photoshoots, pregnancy announcements and even t-shirts commemorating rainbow babies—babies that follow a loss due to miscarriage, stillbirth or infant death. But because the experience of getting pregnant after a loss are so personal, we haven’t seen anyone truly verbalize what it feels like. Enter actress Melissa Rauch’s pregnancy announcement.

The ‘Big Bang Theory’ actress announced her pregnancy in a first-person essay published in Glamour yesterday while reflecting on the grief of her recent miscarriage.

“Here is the only statement regarding my pregnancy that doesn’t make me feel like a complete fraud: ‘Melissa is expecting her first child. She is extremely overjoyed, but if she’s being honest, due to the fact that she had a miscarriage the last time she was pregnant, she’s pretty much terrified at the moment that it will happen again,’” Rauch writes. “‘She feels weird even announcing this at all, and would rather wait until her child heads off to college to tell anyone, but she figures she should probably share this news before someone sees her waddling around with her mid-section protruding and announces it first.’”

Although miscarriages are more common than you’d expect (15 to 25 percent of pregnancies end in miscarriage), women who experience one often suffer in silence. So it’s understandable that when they once again see those two pink lines on a pregnancy test, they’re reluctant to get their hopes up. And seeing other people’s pregnancy announcements can be especially painful.

“Every joyful, expectant baby announcement felt like a tiny stab in the heart,” Rauch writes. “I would think, ‘Why are these shiny, carefree, fertile women so easily able to do what I cannot?’ And then I’d immediately feel guilt and shame for harboring that jealousy—one might call this ‘the circle of strife.’ (A song I imagine is somewhere deep in the extended director’s cut of The Lion King.)”

A common question expectant women ask is, “What does it feel like to have a miscarriage?” And although we can share the physical signs and symptoms of miscarriage, it can be hard to illustrate the emotions that accompany such a painful loss.

“The image of our baby on the ultrasound monitor—without movement, without a heartbeat—after we had seen that same little heart healthy and flickering just two weeks prior completely blindsided us and haunts me to this day,” Rauch writes. “I kept waiting for the sadness to lift...but it didn’t.”

“Sure, I had happy moments and life went on, but the heartbreak was always lurking. Inescapable reminders, like the unfulfilled due date, came around like a heavy cloud. A day I had once marked on my calendar with such excitement was now a memorial of a crushed dream.”

So why is Melissa Rauch sharing her story? To help remove the stigma around miscarriage.

“I personally just wanted to express what I’ve experienced in the hopes that it could—in some small way—help someone going through a similar pain,” she writes. “Perhaps with increased overall awareness, women dealing with these extremely challenging circumstances won’t feel like they’re getting sucker punched in the uterus by well-intentioned people.”