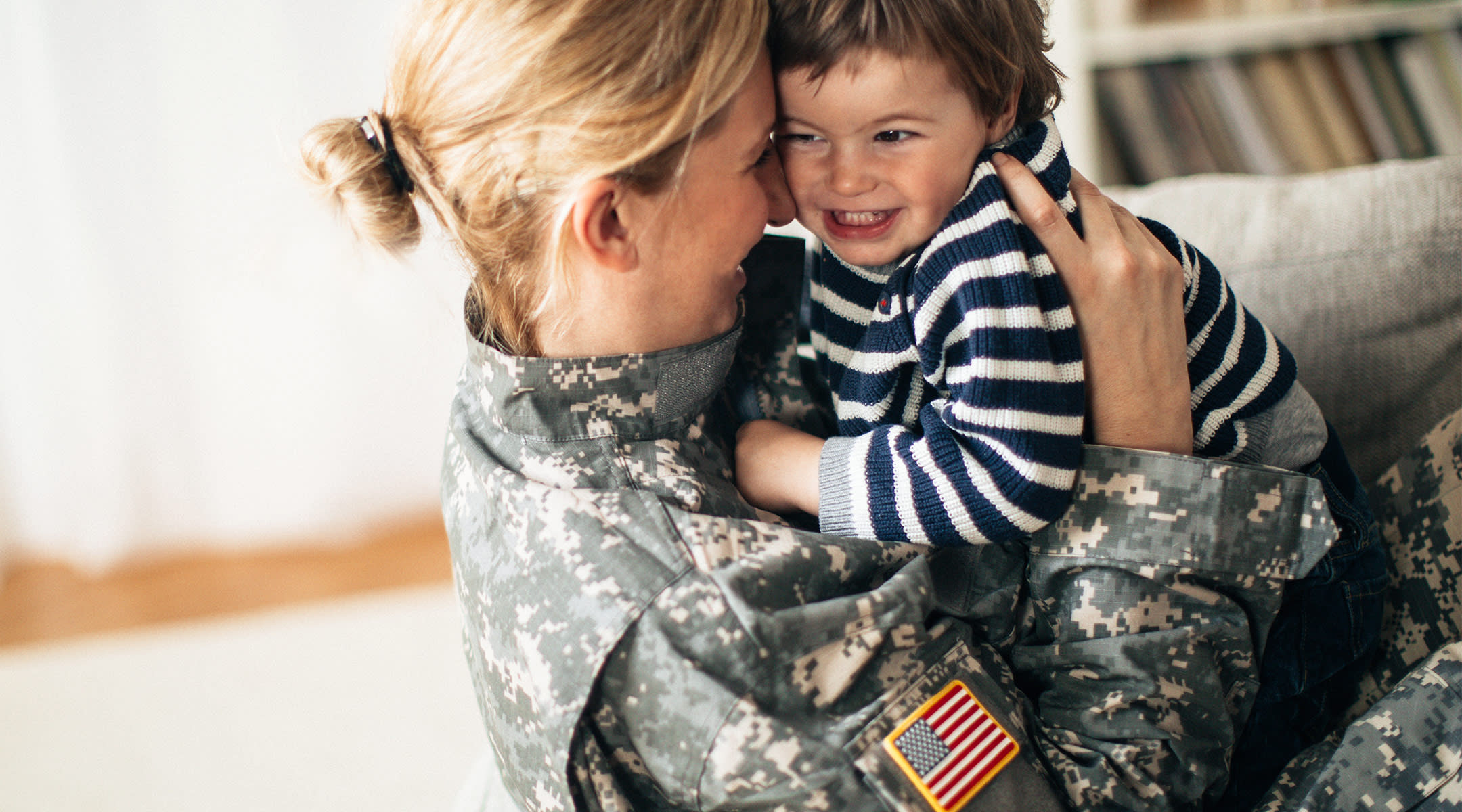 The comments on a sweet video of a military mom reuniting with her toddler show the double standards at play.
PUBLISHED ON 09/27/2018

Homecoming videos of military men and women reuniting with their families are always tear-jerkers. So of course, a sweet clip of a mom embracing her toddler after returning from a recent tour has already received nearly 50,000 views. But the harsh messages in the comment section are what’s stirring up a bit of controversy.

The two-minute video posted by Storyful captures an emotional moment between loved ones. The soldier is visibly ecstatic to be home, crying uncontrollably when her son runs into her arms. As for her family, they welcome her with open arms and equally teary eyes.

Unfortunately, mom shamers are using it as an opportunity to unapologetically call out the woman for joining the military and leaving her family at home.

“Why don’t [you] stay home [and] take care of your husband and child, or someone else will be glad to take over. We don’t need women in the military,” declares one brash comment.

“Can't understand any mother with children joining the army...” says another.

“Got her priorities wrong... Why would you join the forces if you have a child” asks another.

“She didn't seem too thrilled to see her hubby. Maybe she's been around too many other guys,” states a tasteless note.

Others were appalled by the overwhelming amount of crude messages, calling out the double standards at play.

“Why do you think a woman can only be a mother? How many men are in the armed forces and have children at home? It is sad that you have this restricted attitude about what women have the right to do,” defends one user.

An additional comment raises a few very valid points. “This mother could’ve been part of the military before becoming a mother. Have you ever thought she wants to stay home, but the military is her job and she sticks with it so her son can have a good life with great health care? And how come when fathers come home everyone says it’s sweet, but criticizes moms who do the same thing?”

“While it's not for me, anyone who wants to serve our country on the military—I support and applaud them,” shares another note.

What most mom shamers fail to realize is every family runs differently. And a kid's different upbringing and background should never be the target for unasked for opinions.