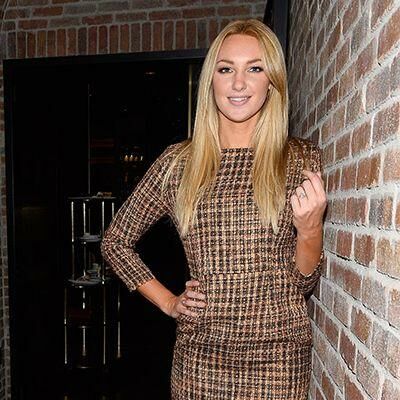 Infertility isn’t exactly an uncommon problem; one in six couples will struggle with it while trying to conceive. But  Jaclyn Schultz  — you may know her as Miss Michigan (2013) — has a much rarer condition, Mayer-Rokitansky-Küster-Hauser ( MRKH ) syndrome. It affects one in 5,000 women worldwide. And this beauty queen is proudly lending her name to the syndrome in order to spread awareness.

As with most women with MRKH, Schultz, 26, didn’t realize she had the condition until puberty. “I was diagnosed when I was 16,” she told Cosmopolitan.com. “I had never had a period, so at first, my mom took me to our family doctor — they just assumed it was because I was so tall and thin and I played sports. And then a year goes by and I still don’t have a period, so we went and got an ultrasound done, and then they diagnosed me. It was kind of a whirlwind time, to say the least. I’m like, ‘What is going on? What, I can’t have kids? What, I’m only 16.’”

The condition affects the reproductive tract during fetal development, so the reproductive system doesn’t fully develop. Typically, that means women with MRKH are born without a uterus, cervix or full vaginal canal. Schultz was actually one of the lucky ones; she was able to become sexually active with minimal medical treatment. “A lot of girls who I speak to now are 16 or 17 and they’re in relationships but can’t have sex, or can’t have sex fully,” she says. “I mean you can — but your vagina opening isn’t, like, 6 or 7 inches long. It’s shorter because you don’t have your cervix. Some girls need to have surgery; some girls need to use a [vaginal] dilator.”

All of the sex talk makes MRKH a tricky topic to navigate, especially with significant others and parents. “I kept it totally secret — I didn’t say anything to anyone really for years,” Schultz says. “My parents even said, and [this happens to] a lot of girls with MRKH, ‘You can’t say anything.’”

That all changed after she clinched the title of Miss Michigan — the first pageant she ever competed in. "I was like…‘There’s got to be some substance to this,’ she says. “That was fuel for me to be standing for something. I wanted to use my title for a greater purpose than for myself — so I just decided to come out with having MRKH.”

"I remember we had been dating about a month, and I’m like, ‘Okay, we’re about to tell each other we love each other, and I can’t have kids, so I need to tell him,’ Schultz says of bringing up MRKH to Misch. “So of course, I was emotional and I’m like [wailing], ‘Don’t date me anymore, I can’t have kids,’ and being so dramatic about it, and he was just like, ‘Shut up. It’s fine, it’s fine.’ He was great about it! I was so nervous to tell him; I think a lot of girls with MRKH are very nervous about telling their significant others. But it’s a good way to weed out the bad ones — that’s what I say to all the girls…If you can’t talk about the most intimate part of it that is such a big part of my life, then how can I date you?”

By working with the Beautiful You MRKH Foundation, Schultz is able to lend her support and advice to other women with the condition. What’s up next for the beauty queen? She’s beginning the process of getting her eggs frozen (yep, women with MRKH still have eggs), using the $100,000 prize money from Survivor.