Mom Arrested After Drinking and Breastfeeding: Was She in The Wrong? 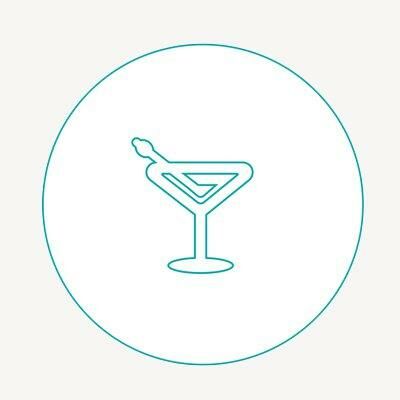 In Arkansas, a waitress at Gusano’s Pizzeria reported a woman to the police for consuming what she called was “drink after drink” of alcohol while breastfeeding her newborn daughter at the same time. The waitress, Jackie Conners, called the police while while Tasha Adams, the breastfeeding mom, sat feet away at a pizzeria table. Following the police phone call and the national news attention, Conners was subsequently fired from her job for taking matters into her own hands.

Here’s how it went down: Conners felt that it was “unacceptable” for Tasha Adams to be drinking alcohol while she was breastfeeding her newborn baby girl. She told ArkansasMatters.com, “Me, being a mom, and just seeing something like that and seeing a baby that can’t speak for itself, having a parent do something like that is just unacceptable.” After the police arrived, Tasha was arrested and charged for “endangering the welfare of a minor.” Her court date is January. Following the incident, Tasha’s daughter was released to the care of family members. Tasha is a mom of three and is a florist and runs her own events company; she specializes in flower arrangement, cakes and wreaths.

After her arrest, Tasha spoke to reporters and said that the whole situation had been “blown out of proportion” and taken well out of context. Though her lawyers advised her to steer clear of telling her side of the story, Tasha, 28, did offer this: “No one is seeing my side. I just want everyone to know I am not a horrible person. I have a family to take care of, and that’s all I care about. I hate that, because people don’t know the truth. I am really a normal person.”

But that’s not where the trouble left off for Jackie Conners, who was fired just days after reporting Tasha’s activity. There’s no official reason why she was fired (her manager declined to comment and said Jackie’s termination and the breastfeeding incident were unrelated), but she believes it was all because she spoke up.

According to the International Guidelines on Drinking and Pregnancy, moms who are breastfeeding shouldn’t drink. The guidelines recommend that “Alcoholic beverages should not be consumed by some individuals, including those who cannot restrict their alcohol intake, women of childbearing age who may become pregnant, pregnant and lactating women, children and adolescents, individuals taking medications that can interact with alcohol, and those with specific medical conditions.” But not every organization shares that same view: The American Academy of Pediatrics says alcohol in moderation (one or two drinks a week) is fine, while the March of Dimes recommends against drinking any alcohol while breastfeeding. Who’s to say how much Tasha was really drinking, but it’s easy to understand how every mom may have different opinions considering there are three (and probably more) schools of thought on the matter.

Either way, you definitely need to keep an eye on your intake. Alcohol may make it harder for your body to product breast milk, and trace amounts can show up in your milk and may harm or bother baby. If you do have the occasional drink, wait at least two hours afterwards before nursing baby.

*Please note that the photo above is not of Tasha Adams and her newborn daughter.

Do you think moms who are nursing should skip the drinks entirely?