Just when you think you’ve heard it all.
ByStephanie Grassullo
Associate Editor
PublishedOct 2018 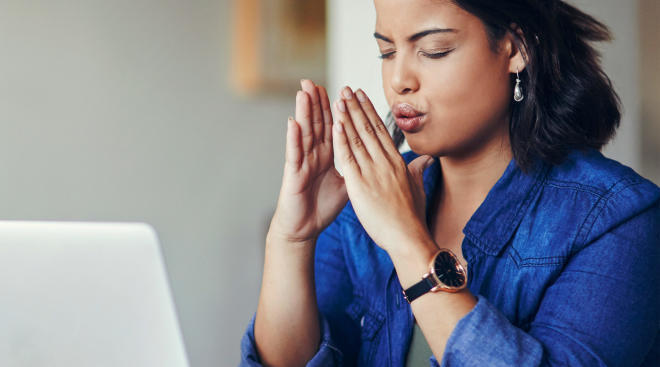 “I’m all for breastfeeding, but…”

How many times have you heard a statement start like that, and end with a crazy theory as to why breastfeeding does more harm than good? Despite the many proven benefits of breastfeeding for baby, lots of people still stand by their arguments against it.

One comment recently made to popular mom blogger Katherine Thornalley, known as Mrs. Mombastic, left a bad taste in her mouth.

“I’m all for breastfeeding, but breastfeeding a toddler for comfort—this is surely contributing to the rising obesity rates [by] teaching children to emotionally eat,” an anonymous person claims.

And like any nursing mama fed up with the public’s general ignorance on the topic, she decided to prove this assumption wrong. Thornalley took to Facebook to share her amazing clap-back response.

“I went to bed thinking about it. I wanted to put some evidence together in order to prove this ‘theory’ wrong. But then, I thought logically, and of course it makes no sense. It all goes back to good old fashioned genetics and evolution,” she says.

The mom first points out emotional eating is a condition linked to mental health and not breastfeeding. Adding even more food for thought, she says the claim is inconsistent with current trends, which show obesity rates are currently rising while the number of moms who nurse their babies have declined in recent years.

And the blogger really hits it home with her last argument. “Then the piece de resistance: The human race would not have survived if this was a fact!”

It’s a solid point, considering many moms all over the world have been breastfeeding their babies for centuries. Not to mention, no matter how cultures may differ from country to country, breastfeeding remains a constant.

The next time someone tries to make an argument against nursing, just remember there are tons of facts to prove the benefits for mom and baby alike.