Mom Validates Parents of Infants: 'It's Not Just You, It Really Is That Hard'

"When you feel like you've done nothing and are depleted and covered in spit-up and already dreading tomorrow, those are the days when you are a superhero."
ByAnisa Arsenault
Associate Editor
PublishedOct 2017 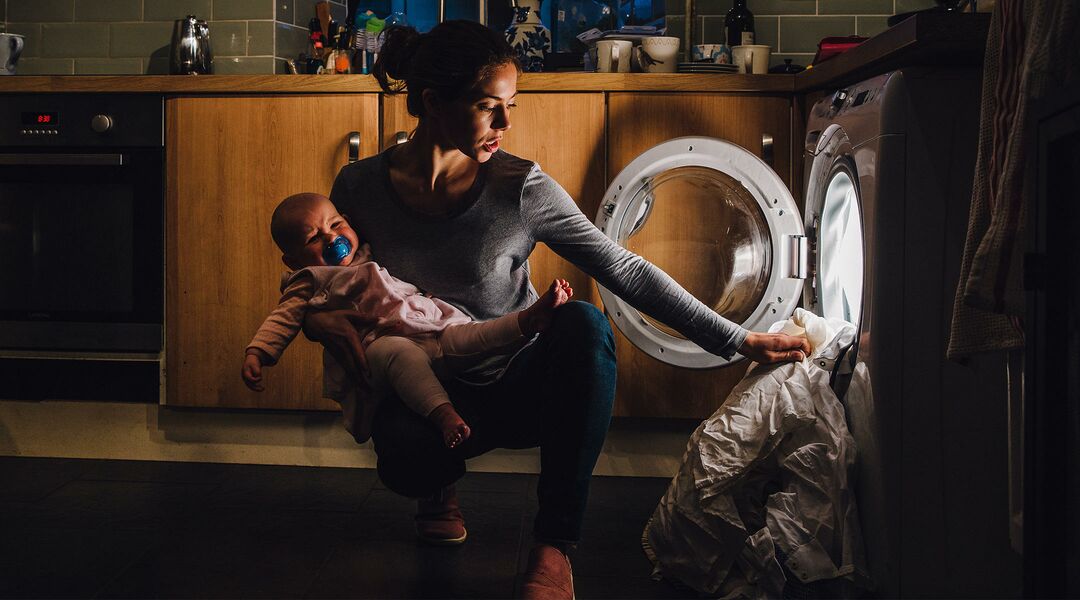 The sleepless nights, the diaper blowouts, the constant balancing act—Chaunie Brusie remembers it all like it was yesterday, because it pretty much was. This mom has four young kids who’ve all segued out of toddlerhood. Not only has she lived to tell the tale—but she’s letting other parents know that they will too.

“I am no longer the mother of babies,” she begins in an honest Facebook post. “I don’t spend my days rushing to fit things in between the next feed, sprinting between kids with exploding diapers, running around in circles feeling like my life is solely spent on averting disaster after disaster, cleaning small bums, and gritting my teeth through another senseless round of crying. I look back at the way my life was, even two years ago, and I am genuinely amazed that I made it through.”

Still, it’s not all the frantic “disasters” that she’d change if she could. If she could do it all again, she’d be less hard on herself.

“I was constantly feeling like I wasn’t doing enough, that I wasn’t getting enough done around the house or cooking enough healthy meals or making enough of myself careerwise or doing enough ‘fun’ things with my kids or being a good wife or getting my body ‘back’ enough,” Brusie says. “I felt like a failure in every possible way.”

Why is she sharing this now that her babies are officially big kids? She doesn’t want other new parents to be their own worst critics. And she has the perspective to confirm it’ll all turn out okay.

“There is so much hardship in that stage of life of littles that you honestly just can’t see until you’re past it,” she says. “So to all the moms who are there right now, please believe me when I say you are doing incredible things. It’s not just you, it really is that hard. And none of us give ourselves enough credit. Those early years are intense, overwhelming and exhausting and the lowest of days especially, when you feel like you’ve done nothing and are depleted and covered in spit-up and already dreading tomorrow, are the days when you are a superhero, I can see that now.”

Maybe it has to get worse before it gets better. (Cough cough, 4-month sleep regression.) But it will get better! Like Brusie says, “you’re already doing more than you know.”